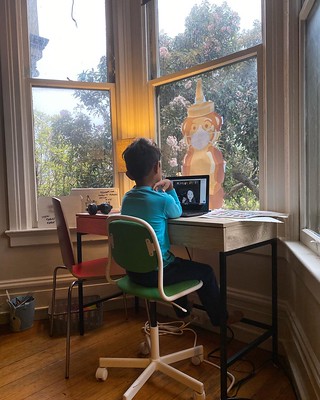 CARES Act Funding May Not Be Enough

Earlier this year, Congress passed the CARES Act, which – among other things – provided a one-time bailout of higher education. The bill, which earmarked $14B in direct assistance to colleges and universities, offset the cost of shifting instruction online. The CARES Act required institutions to distribute half of the funding they received directly to students.

Congress has just passed the second stimulus package. Reportedly, the new package may contain nearly $23B for higher education, including similar distribution requirements. The package may also extend student loan forbearance for some borrowers.

Providing aid to colleges and their students is excellent news for both parties, but it misses the mark for those who didn’t enroll or disenrolled during the pandemic. These are the people we as a community should be really worried about.

Community college enrollment is down by about 10% this year. Preliminary enrollment reports for the Winter semester don’t look great, so some analysts believe that colleges and universities will continue to feel the effects of the pandemic into the Fall 2021 semester.

Community college enrollment usually rises in a tough economy. Unfortunately, the pandemic-induced recession isn’t your average tough economy. Enrollment data show that the people who aren’t enrolling are those in the extremely low-income brackets. Money is undoubtedly one of the major issues these “absent students” contend with. Time is the other issue. Many of the people in the lowest income brackets must spend a lot more time earning money in this tough economy. So they have a lot less time for luxuries like higher education.

Women in large numbers are doing the unthinkable: leaving their badly needed jobs to help their children manage online schooling. Millions of American women exited the workforce this fall, erasing decades of economic gains among the female workforce. By itself, this loss removes millions of formerly financially stable American families from the middle class.

Sadly, funding from measures like the CARES Act will not reach the people who can’t enroll in classes. It will not help students who dropped out or “stopped out” during the pandemic. Reversing this situation will require community colleges to focus their full attention on the needs of people in precarious economic circumstances.

It would be practically criminal to proceed with WCC’s tone-deaf Master Plan while the community’s most economically vulnerable members languish.