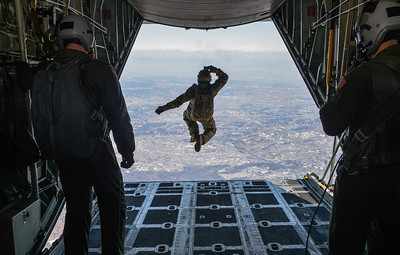 On Thursday, I wrote about Erie Community College and the recommendation it received to close two campus buildings. ECC contracted an architectural firm to assess the facilities on its three campuses. The firm ultimately recommended decommissioning the buildings, which would save $10M per year in operating costs.

One reason the two buildings cost so much to operate is that they have accumulated so much deferred maintenance. Failing to take care of the facilities increases your operating costs. But lax maintenance isn’t the only thing that impacts operating costs. Operating a building incurs costs, no matter what. It doesn’t matter if you’re operating the building for one person or a thousand. When you don’t have to operate a building, you can realize significant savings.

In fact, WCC realized significant savings last fiscal year by operating remotely. Closing the campus buildings during the pandemic reduced WCC’s operating expenses by about $6M. That’s important, but not for the reason you might think.

Just like ECC’s decommissioning proposal, WCC’s savings show how much building operations cost. The operational cost of campus buildings turns out to be a good reason not to build more buildings. (Think “Advanced Transportation Center.”)

One could argue that the ATC has nothing to do with academics; it is intended for a non-academic purpose. If that’s the case, the building still should not be built. Why waste space on campus and campus resources for a building that does not support the College’s academic mission?

Those who are adamant about building the ATC insist that “the building will pay for itself with the revenue it generates.” WCC already has an events building – the Morris Lawrence Building – which has been in operation since 1990. Based on current data in WCC’s Capital Outlay Plans, the Morris Lawrence Building is used only to about 68% of its capacity considering all distinct usage periods. The ML Building usage isn’t maximized, so building another events building – which is the ATC’s primary purpose – is both wasteful and expensive. WCC will end up with two low-use buildings on campus that perform the same function.

Construction is only one element of the cost of campus buildings

And based on the way this and previous administrations have cared for the ML Building, a similar future awaits the ATC. This Administration is blindly pursuing a “convention center” strategy. Delay and circumstances have already pushed the cost of the ML renovation up substantially. The renovation costs for ML have climbed from $8M to $9M to $10M to $13.5M. These rising costs will make it more difficult to recover the College’s “investment” in this scheme.

Additionally, WCC is likely to encounter potentially severe construction delays as the result of pandemic-induced supply chain issues. This is happening with other construction projects, and there is no reason to think that WCC will somehow be exempt. Delays are important because the ML renovation is on a non-movable deadline for completion. Failure to receive materials on time could delay the building’s Certificate of Occupancy. And naturally, the building is already being booked under the assumption that the work will finish on time.

The broader question about the wisdom of this strategy

No one has examined whether the pandemic represents a sea change for in-person meetings. Although airports are now operating again with few restrictions, most of the travel that is taking place is not business-related. The US Travel Association estimated that organizations spent about $300B on business travel in 2019. That year was largely unaffected by the pandemic. The USTA estimates that businesses spent just $95B on business travel in 2020. That’s a decline of more than 68%.

If business travel recovers – and there are looming questions about that – it is unlikely to establish new normal expenditures before 2024. Frankly, after COVID-19, it’s going to be awhile before people feel good about gathering in small indoor spaces. Which should call into question the intelligence of going all-in on a convention center. Or building another building that’s designed primarily to accommodate events. Maybe someone should be asking about the annual operating costs for these buildings. And whether -under the circumstances – these buildings can even hope to “pay for themselves.”

Better yet, the Board of Trustees should be asking for a business plan for this venture. And bright-line tests for success and clear accountability for failure. And an exit strategy in case the money doesn’t come rolling in as expected.

In Business World, someone would be pumping the brakes hard on a for-profit venture in the same circumstances. At WCC, that should be the job of the Board of Trustees. Unfortunately, they don’t ask any questions.