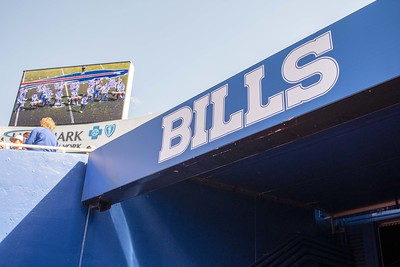 Erie Community College in Buffalo, NY is evaluating an architectural firm’s recommendation that it close two South Campus buildings. The report also recommended spending nearly $300M in improvements to its three campuses. Nearly two-thirds of the recommended spending would focus on ECC’s North Campus in Williamsburg.

JMZ Architects recommended closing the two campus buildings to avoid significant repair and operating costs. The report estimates that closing the buildings would save ECC about $10M per year. JMZ’s recommendations and the spending focus on ECC’s North Campus, combined with the South Campus’s proximity to the Buffalo Bills’ Highmark Stadium, have some wondering about the future of the South Campus. The Bills have indicated that they want to build a new, 60,000-seat stadium nearby. ECC’s South Campus sits on 120 acres directly across the street from the current Bills facility.

ECC’s South Campus offers about 100 degree programs on site and employs about 400 faculty members, but enrolls fewer than 1,600 students. It is the smallest of ECC’s three campuses and is also in the worst condition. The buildings identified for closure house the campus library, an auditorium and a dining facility. The report recommends consolidating student services, the library, student lounges and a café into another building.

Although the report recommends significant investment in the campuses, there’s no clear indicator of where such a large sum of money will come from. ECC is part of the SUNY system, but it isn’t likely that SUNY would (or could) make such a large investment. Earlier this year, ECC President William Reuter and several ECC trustees told Erie County officials that the college was struggling financially to operate three campuses. Selling the South Campus – to the Bills or to a developer – could generate enough cash to fund some construction at the other two facilities.

ECC’s foundation has been tasked with raising about $45M of the proposed costs. The Town of Amherst, NY will fund a portion of the North Campus renovations, which include the construction of new athletic facilities. Amherst’s funding commitment is contingent upon gaining public access to the athletic facilities.

ECC’s financial problems – including the deterioration of campus buildings to the point of closure – stem from declining enrollment. Community college enrollment typically ebbs and flows with the economic cycle, but without a firm commitment to maintain campus facilities, this is what happens to communities and community colleges.

Prioritizing the facilities preserves the campus

The consistent diversion of funds intended to support campus operations comes at a cost. Communities make cash investments in their community colleges, and the Trustees have an obligation to prioritize that investment. That means taking care of the campus buildings first. It means focusing on the community college’s mission. It also means spending the public’s money in a way that maximizes returns.

I find it interesting that it has never occurred to the administrators of ECC’s South Campus, which is literally across the street from an NFL stadium, to build a hotel and convention center on campus. Even though a hotel in that location would probably be quite successful. (During football season.) It’s not talking about putting tacky retail space in its parking lots. Even though people from the stadium would undoubtedly come to shop. And it is not talking about wasting the buildable land it has on commercial ventures.

They’ve allowed the buildings on campus to slip so far that they’re asking whether it’s better to simply walk away. This is what happens when the taxpayers are the only people who are truly invested in a community college. And shame on the Trustees for not demanding that the Administration prioritize the care of the facilities over everything else. Without the facilities, there is no college. Choosing the right facilities to invest in is critical to the survival of the College.

Health clubs, hotels, and strip malls in the College parking lots do not deserve the investment of public funds.