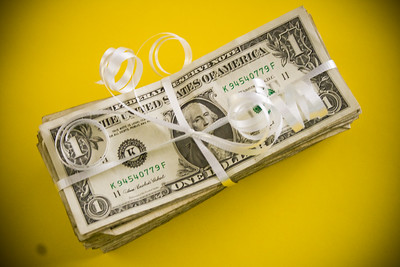 Adjunct pay issue is the writing on the wall

As a standard approach to reining in the cost of higher education, institutions (including community colleges) have relied heavily on adjunct instructors. Adjuncts are typically non-permanent instructors who teach on a contingent basis. Typically, adjuncts do not receive any income guarantees or benefits. They teach when and where a class is available. (Many adjunct instructors teach at several institutions at the same time to make ends meet.)

Recently, the practice of off-loading instruction onto contract teachers has come under fire. Adjunct instructors at Long Beach City College have filed a class-action lawsuit against LBCC. They’re seeking damage and penalties, as well as declaratory and injunctive relief. The suit alleges that the work of an adjunct instructor extends beyond the classroom and encompasses activities that are unpaid. According to the suit, when the combination of paid and unpaid work are considered, adjunct pay fails to meet California’s minimum wage standards.

The suit, if successful, will have ramifications for most (or all) of California’s community colleges, which base adjunct pay on contract hours. (A contact hour is one hour of classroom instruction.) The contact-hour contract is a typical vehicle for determining adjunct pay. Washtenaw Community College uses this approach.

Last week, Lane Community College in Eugene, OR releases findings from its annual faculty survey. Distressingly, more than a third of its adjunct instructors and nearly 10% of its full-time faculty rely on government assistance to meet basic needs.

The bottom line is that community colleges’ reliance on underpaid and unpaid labor is likely coming to an end. That leaves administrators and trustees to find alternate ways to increase revenues, restrict costs or both.

Butler Community College is located in El Dorado, KS. Last month, BCC Trustee Julie Winslow requested that the BCC administration provide a list of BCC professional employees by department, and employee pay codes and salaries, also by department. In other words, Trustee Winslow wanted to know exactly how much BCC’s administration was costing the college.

Her rationale for the request was that the college was considering reductions in staffing due to a 25% decline in enrollment. Without the payroll data, it was going to be difficult for the trustees to move forward with budgeting and decision-making.

The Trustee contacted a local journalist, who posed a few pointed questions to the BCC administration.

“Please explain why members of the elected governing body of your institution are being required to file formal records requests to obtain the information they are entitled to, why the payroll information is not being provided in any form, and, further how Trustees can be expected to vote on a budget without full and complete information about what that budget contains.”

Trustees are overseers, not advisors

The BCC Trustees want to address an overspending condition there. The administration there has adopted a stonewalling position because it believes it will be targeted for budget cuts. In California, the situation is not much different. A Financial Crisis Management Assistance Team (FCMAT) at Compton College recently advised the administration there to make administrative cuts, and reduce costs for utilities, travel, and benefits.

But it’s becoming very clear that the go-to strategy of starving instruction to preserve administrative overhead isn’t working. Notice that the FCMAT at Compton College didn’t recommend cuts to instruction. Likely, that was because there are no cuts left to make there. Making cuts to the size and cost of community college administration is essential. Further, placing hard caps on administrative growth may be the only way that some community colleges will survive. Astronomical salaries and benefits like executive bonuses and incentives, housing allowances, and deferred compensation come at a real and painful cost to the institution.

(Why do highly compensated executives need “incentives” to do their jobs? Not getting fired is usually enough incentive for most people to put in a full day’s labor, and it doesn’t cost the institution a dime.)

Fittingly, it seems the community college’s lowest-paid employees will cost its highest-paid administrators their jobs.