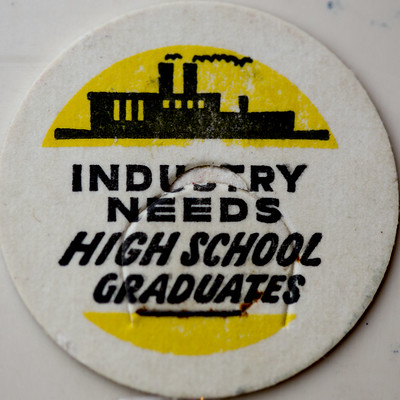 What is the ROI for Washtenaw Community College

Yesterday I wrote about WalletHub’s 2020 list of the “best community colleges in the United States.” I pointed out that Washtenaw Community College ranks 188th this year. Which is better than 2019, when it ranked 263rd. And much better than 2018, when it ranked 510th out of 715. Yes – in 2018, WCC ranked in the bottom one-third of all community colleges in the US in WalletHub’s survey.

It’s good that WCC’s ranking is improving. But looking at exactly what’s improving and why is in order. WalletHub has tweaked its metrics over the last few years, and there are 17 fewer community colleges in the survey today than there were in 2018.

Washtenaw Community College’s 2020 ranking is heavily weighted by its Cost and Financing score. In 2018, WCC wasn’t such a good deal. It ranked 393 out of 715 colleges in the survey. It ranked in the bottom half of community colleges in terms of its overall cost. As a reminder, this ranking considers tuition and fees; the size of the student aid package; student employment services; the availability of “free” community college in the state; per-student spending; spending efficiency and the salary schedule for the faculty.

In 2020, tuition and fees have been held constant. (Had it not been for the pandemic, the students would be paying extra fees and higher tuition to subsidize the cost of the “Advanced Transportation Center.”) The faculty have a new contract. And WCC now ranks 139th in terms of its overall “value.”

Regarding Educational Outcomes, this score has been relatively stable in the past 3 surveys. In 2018, 2019 and 2020, WCC ranked 273rd, 227th and 268th respectively. This means WCC is relatively consistent about retaining first-year students; transferring students to four-year universities; graduating non-transfer students, etc.

Washtenaw Community College Career Outcomes – not so much

What’s not good is WCC’s scores for Career Outcomes. WalletHub measures career outcomes in terms of the salary a graduate (or attendee) makes compared to the salary of the average high school graduate. The theory here is that going to WCC should provide students with the skills to earn a better living than they would if they hadn’t gone to WCC. It’s a shockingly reasonable expectation. Going to WCC should put a graduate in a better financial position than not going.

Based on WalletHub’s measure, WCC doesn’t make a positive difference in its graduates’ earning potential. That is a huge indictment. This ranking is improving, but that doesn’t mean much to students who have borrowed to pay for a WCC education and aren’t making any more than they would as a high school graduate.

And the most unacceptable part of this is that in 2018 and 2019, the economy was at full employment! WCC graduates were walking into a hot economy and still not making substantially more than a high school graduate. How does that even happen?

What do you call a WCC graduate? Underemployed, from the looks of it.

We need trustees who will hold the administration accountable for these failures. And there’s no other word to describe it than a failure. Asking someone to “invest” in an “education” that will not meaningfully improve their earnings – or worse, asking them to go into debt for it – is immoral.

It is not why Washtenaw County taxpayers funded WCC, and it’s not what we expect from the College.