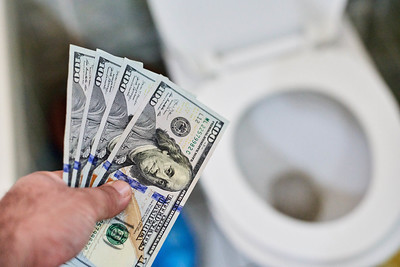 Washtenaw Community College still spends nearly twice as much on energy costs as any other community college in Michigan. According to data on file with the state, WCC spent $3.83M in 2020-21 on energy costs. That is $0.213 cents per square foot. In comparison, Henry Ford College spends the least on energy – just $0.02/sq ft.

Lansing Community College, which is second on the list for energy consumption spends $0.124 cents per square foot (and they have nearly 19% more space than WCC does.) If WCC were to somehow cut its energy consumption to LCC’s expenditure, that would save the Washtenaw County taxpayers nearly $1.6M per year.

So, someone (I don’t know – maybe one of the Trustees?) needs to start asking some questions about why WCC’s energy consumption is so consistently high, even when the campus is literally empty for an entire year. The LEED-Silver buildings that the Trustees decreed by policy don’t seem to be saving any energy. The geo-thermal heating plant for the OE Building? The huge LED light replacement? The HVAC system upgrades? The new cooling tower?

Interestingly enough, despite all of these “energy improvements,” the utilities budget at WCC changed $0 from 2021 to 2022. It’s almost as though the administration did not plan to reap any benefits from its facilities investments.

At some point, the Trustees have to start asking some questions about the returns on the investments they’ve been signing off on. Building LEED-certified buildings is expensive. Where are the savings from that? Switching out all of the lights on campus to LED fixtures and bulbs was expensive. Where are the savings from that? How much has the geothermal heating system for OE saved (or cost) since its installation? What about the other HVAC improvements? The roof replacements? The window replacements?

Whatever WCC is doing, it’s costing Washtenaw County taxpayers literally millions of dollars per year. Right now, the average energy costs among all Michigan community colleges (including WCC) are $0.0918 cents per square foot. When you subtract WCC out of the pile, the average energy costs at all other community colleges are $0.0874 per square foot.

This is yet another example of the consequences of lax oversight by the Board of Trustees. In the absence of any questions from any of them, nothing changes.