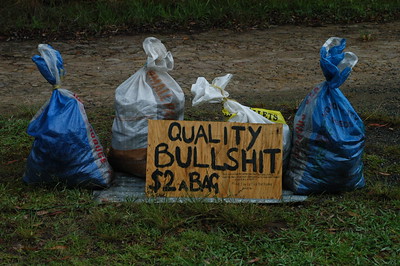 WCC Trustees make themselves part of the problem

For the last couple of weeks, I have been looking at the April 6 Spring Trustees’ Retreat. In that 2.5 hour stretch, two WCC EVPs presented false and/or misleading information to the WCC Trustees. The Administration provided the information in support of upcoming budget decisions.

First and foremost, presenting false and/or misleading information to the WCC Trustees (and the public) is a profound breach of the public trust. As taxpayers, we have provided WCC with more than a quarter-billion dollars in cash in the past five years. Money aside, the WCC Administration owes us a duty of care. That duty includes being transparent, honest, accurate and complete in all dealings with the public, always and in all circumstances. This duty has no exceptions.

Using incomplete and inaccurate data to draw misleading conclusions is both unprofessional and unbecoming of the College’s highest-level officers. Worse, using this approach to justify the termination of 15 employees who provide valuable services to low-income students is beyond the pale. These decisions use flimsy rationales that could not withstand even the tamest scrutiny.

Two executive vice presidents cobbled together random “facts” and erroneous data about everything from statewide birth rates to post-secondary enrollment trends in the Midwest. However, none of their facts were correct. Even if they had been, they would not have applied to Washtenaw County or Washtenaw Community College specifically.

These executives have access to the data the College reports to the State and to the Department of Education annually. Thereefore, there is (or was) no reason whatsoever to use any other source of information. However, the College’s own data do not support the WCC Administration’s false narrative(s). The WCC data cannot be bent or twisted sufficiently to justify what these executives are attempting to do.

WCC Trustees who accept deceit are part of the problem

That is also a breach of the public trust. WCC Trustees must not accept, tolerate, overlook, or rationalize the WCC Administration’s deliberate deception for any reason at any time. Washtenaw County voters did not elect the WCC Trustees to sit passively in meetings and rubber-stamp purchase authorizations. Nor did we elect them to give advice. Contrary to one Trustee’s proclamation, the WCC Board of Trustees is NOT an advisory board.

We elected the WCC Trustees to provide authentic oversight on behalf of the taxpayers of Washtenaw County. That oversight responsibility includes questioning and rejecting false narratives from the College’s top officers. However, when none of the elected Trustees even question obvious deceit, they make themselves an integral part of WCC’s problems.