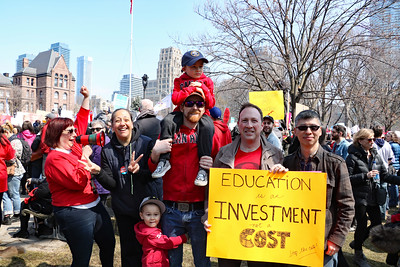 At the beginning of the year, the US Department of Labor released figures for job losses in higher education. Overall, the sector shed 650,000 positions. That means one out of every eight persons employed in higher education – about 13% of the workforce lost their job in 2020.

The job losses included everyone from food service workers and custodians to adjunct and tenured faculty members. (Fortunately, WCC didn’t have to lay off any Vice Presidents.) Although the federal bailouts to higher education seem generous, they likely won’t make up for all of the COVID-19 related expenses that colleges and universities will incur. The biggest unknown in this regard is COVID-19’s impact on future revenues.

That’s why pressures like corporations paying for employees’ higher education costs and drawing high school graduates away from enrolling in college is going to hurt. Future revenues are going to fall, and when they do, the WCC Administration is going to look for ways to cut the budget.

Stupid decisions like guaranteeing bond debt with future revenue will hurt. The Health and Fitness Center already hurts. The WCC Administration plans to issue more bond debt to pay for the massive Student Center Building renovation. And they plan to borrow even more to build the “Advanced Transportation Center.” The WCC Administration has no intention of putting these projects in front of the voters.

It’s not that they’re worried the voters won’t approve bond-and-millage proposals to pay for these projects. The Republiclowns on the Board of Trustees are worried that the voters will approve these measures. They simply don’t want their own taxes to go up. (And they’re pretty sure they can find a way for all of this construction to “pay for itself.”)

Job losses will pay for construction on campus

The money to pay for all this spending has to come from somewhere. The WCC Administration is happy to raise tuition by 10% to generate more cash. By itself that’s a stupid strategy. Would-be students are already questioning whether college degrees are worth the expense. Raising tuition by 10% will certainly help them decide.

Every time the WCC Board of Trustees has signed off on substantial tuition increases, the enrollment has dropped. Declining enrollment will provide the Administration with a reason to cut staff jobs.

They will swear they’ll “save” money by outsourcing. They’ll “make” money by operating a hotel and convention center and building “retail outlots” in the parking lots. And they’ll do this, despite having no evidence that outsourcing costs less or that their revenue operations pay for themselves.

But the job losses aren’t going to come from the WCC Administration. They’ve just larded on more Vice Presidents. The unions clearly understand that this construction boom will impact their membership. The WCC Administration will happily trade away union jobs on campus to pay for their brand-new buildings. Aside from the executives, every other employee group on campus will suffer job losses to pay for this ludicrous “vision.”