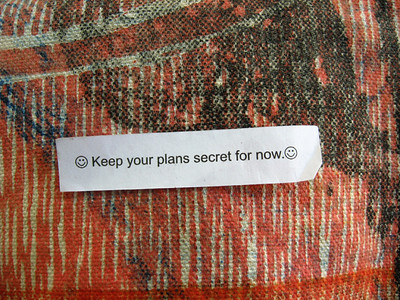 In May, the President of Washtenaw Community College announced a controversial IT outsourcing “partnership” with Ellucian to provide managed Information Technology services on campus. In a real partnership, each partner shares equally in both the risks and the rewards of the deal. Here, there was no risk to Ellucian, and there was no reward to the taxpayers of Washtenaw County.

In most cases, competitive bidding is the basis of public purchasing. When buying goods and services, public agencies typically must use an open purchasing process. This gives all qualified providers the opportunity to offer their price for the goods or services the public is buying.

A competitive bidding process ensures that the buyer gets the best possible price for the service. Typically, the purchaser issues a Request for Proposals (RFP) or other similar document. The document describes in detail the goods or services the purchaser wants. It also asks the bidder to provide its qualifications and experience and the bidder’s best overall price.

In this case, WCC never issued a RFP, nor sought other potential providers for IT services. The College administration simply gave a $26M, 5-year contract to Ellucian and fired 31 employees.

WCC administrators quietly worked with Ellucian to plan this deal for months prior to announcing it. College executives provided Ellucian with highly detailed information about WCC’s IT operations and its personnel. They allowed Ellucian to write the Scope of Work for the contract. In other words, instead of WCC telling Ellucian what it wanted and needed, WCC allowed Ellucian to dictate which services it would provide.

IT outsourcing was a back-room deal

The public rightly expects public purchasers to reject back-room deals that selectively benefit vendors. With millions of tax dollars at stake, public institutions cannot pick vendors in secret. Simply labeling a vendor as a “sole source” does not make that statement true.

No-bid contracts grossly inflate the cost of goods and services because the vendor has no incentive to control costs. They are dangerous in the hands of undisciplined public administrators who cannot control their spending.

The WCC administration cited the rising costs of providing its own IT services as one justification for the contract. Using expense data provided by WCC, the College spent $100,000 less per month operating its own IT Department than it now spends on IT outsourcing. According to the College, it spent nearly $500,000 less than it budgeted on IT services during FY2019. In the first quarter of FY2020, WCC reported that it was already over-budget on IT services by nearly $175,000.

The public will never know if WCC received a cost-effective deal on managed IT services. What the public did get was a larger bill for IT services at WCC, the loss of 31 jobs and the loss of $26M in local reinvestment of our tax revenues.

Washtenaw County taxpayers and the former employees who lost their jobs deserve an honest explanation from the WCC administration and its Board of Trustees about this deal. The administration’s murky explanations about network outages, security, cost and the pace of technology simply do not ring true.

The public should be deeply suspicious of no-bid contracts paid for with public funds. The opacity of this particular contract – and the unrestricted potential for it to happen again – should make every Washtenaw County voter think twice before approving Proposal 1 on March 10, 2020.

Published in IT Outsourcing, Millage and WCC Budget