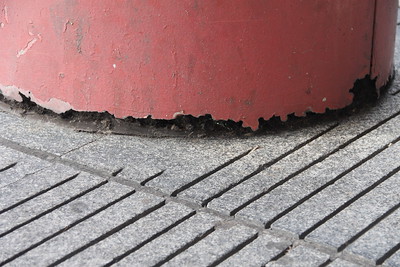 WCC has waited a long time to complete repairs to the Morris Lawrence Building. Recently, CFO Bill Johnson announced that WCC would use reserve cash to pay ML’s renovation cost.

I wrote about this strategy previously – it’s got problems. Fixing the building is a great idea. Using cash on hand to do it means you don’t have to borrow. It also means that if you had attended to repairs earlier (using the cash you had on hand), the renovation cost would have been smaller. Further, it opens the question, “If you had the cash on hand, why didn’t you fix the problems earlier?”

Early interventions on problems can be as much as thirty (yes 30) times less expensive than waiting. As it is, Johnson indicated that $8M of the $9M WCC had planned to spend to repair the ML Building would address neglect. With the delay, the price tag on the repairs could go even higher.

The other problem is that WCC has created a very short maintenance window during which the reconstruction work must be done. WCC rents out the building often. The original repair was scheduled to happen between January and June 2021. The building is not under contract for any rentals during that time.

But the building is scheduled to re-open in July 2021. Some reservations may already be in place, including the instructor training programs WCC has grown so fond of. Delaying the renovation would mean clearing the building’s schedule again. It would likely mean increasing the renovation cost for the project. It may mean expanding the project to include repair of newly failing components of the space.

This also explains why the Trustees need to implement an asset protection policy, sooner rather than later.

Published in Board of Trustees, Deferred Maintenance and WCC Budget