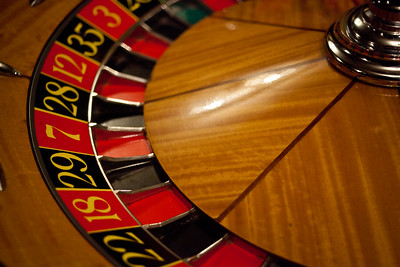 As such, trustees – most of whom have no background in either education or administration – rarely do the work involved in educating themselves on issues of importance. Instead, they rely on potentially unreliable, biased and incomplete information provided by the administration. Worse, they bring their own issues, positions and preferences into the decision-making process. Or they rely on outdated, uninformed or just plain wrong information to make important decisions. Further, the survey found that trustees tend to disregard information provided by other knowledgeable sources – including faculty and students – and rarely take positions that are at odds with the institution’s administration.

That doesn’t make for good decisions or good governance. Elected trustees have a primary responsibility to the people who elected them. Washtenaw County residents have spent hundreds of millions of dollars – maybe more – to build and operate Washtenaw Community College. Instead of looking out for the financial interests of the people who pay WCC’s bills, the Trustees use their position as a platform to advance their own political and social agendas; redirect money away from the College and toward their own interests; and sign off on administrative requests without questioning their wisdom, cost or necessity.

An uninformed decision is usually a bad decision

As a result, Washtenaw County residents have a campus with buildings in poor condition, despite providing ample funding for maintenance. The Board of Trustees has authorized the College to borrow more money than it can repay to fund unnecessary construction. They’ve approved a no-bid contract for IT services that costs more and delivers less than what WCC previously had. And they’ve allowed the administration to expand its size by one-third since the current president arrived.

Most recently, one Trustee has issued a unilateral, ill-informed and unenforceable directive that all faculty members use Blackboard. In his mind, Blackboard is the only way that instructors can keep students informed about their grades. Ironically, not one of his instructors ever used Blackboard, and miraculously, he somehow managed to get through school without it.

WCC has spent a not-so-small fortune on licensing Blackboard, when there are more capable, less expensive LMS products available. If Blackboard doesn’t meet the needs of the College, then continuing to license it for other reasons reflects neither good decision-making nor good governance. All the grandstanding in the world won’t change that.

The residents of Washtenaw County need trustees who are willing to exercise actual governance and make intelligent financial and policy decisions based on complete information and a broad understanding of the issues facing the College.