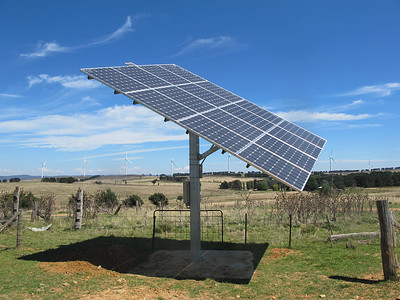 Texas Community College Campuses Go All In on Renewable Energy

Austin Community College recently announced that two of its campuses now use 100% renewable energy. ACC’s Round Rock and Elgin campuses use wind and solar energy to generate 100% of the power each facility needs to operate.

The plan to move to 100% sustainable energy began more than 10 years ago. In 2009, the ACC Board of Trustees committed to making its campuses sustainable. ACC’s Trustees also set a goal for the college of being zero-waste by 2040, and carbon-neutral by 2050.

ACC operates eight campuses, and has solar installations on all of them. In addition to solar generation, the campuses also have rainwater reclamation systems, A/C condensation reclamation systems, highly efficient waste-diversion programs, and electric vehicle charging systems on campus.

Without doubt, the commitments involve a substantial initial investment, but the switch to renewable energy also brings along with it a long-term reduction in ACC’s energy costs.

The US Energy Information Administration predicts that worldwide energy consumption will increase by 50% in the next 30 years. The growth in energy demand will not be met by nuclear, coal or petroleum sources. The EIA predicts significant declines in these three energy sectors. It expects major growth in the production of renewable energy, and steady demand for natural gas.

Currently, Michigan has the 10th highest overall cost per kWh for commercially generated electricity. Commercial consumers in Michigan pay 25% more than the national average kWh price for electricity. By itself, this is a strong incentive to incorporate renewable energy into the campus power plan wherever possible.

Containing energy costs is not simple “virtue-signaling.” It makes good financial sense to reduce the College’s energy consumption as much as possible. Making a commitment to replace end-of-life HVAC systems is one correct step in this direction. Commercial HVAC systems are expensive – no question. But allowing highly inefficient heating and cooling systems to remain in service beyond their rated life is inexcusable. This approach guarantees that WCC will pay more than necessary for energy as long as ancient HVAC systems remain in service. It also commits WCC to higher energy consumption in a state where commercially generated energy is available only at a premium.

Published in Board of Trustees, Martin Thomas, News, WCC Budget and WCC Watch