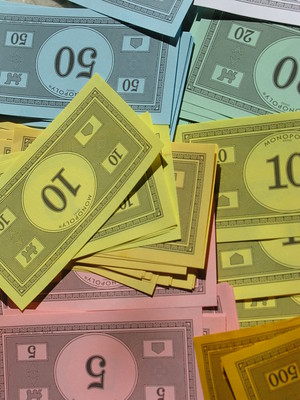 Yesterday, I wrote about WCC’s love affair with short-term certificates, and their negative effect on women’s earnings. The conclusions came from a 2017 study conducted by researchers in New York. Washtenaw County taxpayers deserve to know why WCC is pursuing a bankrupt strategy for improving economic opportunities for county residents.

An earlier working paper, published in 2015, specifically studied the economic outcomes of short-term certificates, long-term certificates, and associate degrees for men and women conferred by Southeast Michigan community colleges. The analysis is significant. The paper defines “Southeast Michigan” as including Detroit, Warren, Livonia, Ann Arbor and Jackson. Under this definition, and given WCC’s proclivity to churn out certificates, it is highly unlikely that WCC’s data was not included in the study. It also measured

All data reflected about 21,000 students who enrolled in a for-credit program between fall 2003 and fall 2004. That’s also important because at the time, WCC had restructured its academic programs to include short-term and long-term credentials in addition to associate’s degrees.

The authors employed several models to test the impact of community college credentials on employment and earnings for both men and women. They compared the economic and employment results of those students who earned a credential versus those who did not. Those observations occurred approximately six-seven years after the students initially enrolled.

The outcomes were not surprising. Short term certificates had no positive impact on the employment or earnings of completers versus non-completers. In other words, the women who earned these short-term certificates experienced no better job prospects or increased income. Their certificates are literally just pieces of paper.

So, Washtenaw County taxpayers should be asking the Board of Trustees to explain why we are pouring tens of millions of dollars annually into WCC so they can churn out thousands of short-term certificates that have no practical value in terms of either employment or earnings?

According to Trustee Dianna McKnight-Morton, the Board of Trustees has directed the current president to be a “change agent.” Was she referring to pocket change? I don’t know about anyone else, but I don’t view this as a positive change. Taking in thousands of students and outfitting them with virtually worthless degrees is not what I expect from my WCC tax dollars.

It is time to “refresh” the Board of Trustees with people who will not endorse this “economic development” strategy. We need Trustees who will demand accountability from the WCC administration.