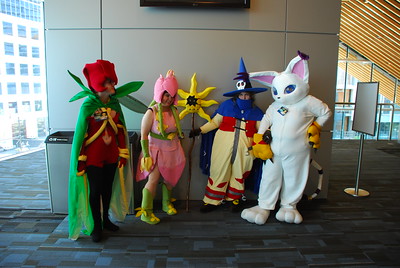 Last month, the Ford Motor Company dropped a bit of a bomb on the hometown crowd by announcing an investment of more than $11B in battery and electric vehicle plants in Tennessee and Kentucky. Put another way, Ford is spending $11B in Not Michigan. The investment is part of Ford’s plan to go all-electric. GM plans to make a multi-billion dollar investment in battery production soon. But redeveloping the auto industry will require action by community colleges.

To add some perspective to the size of this investment, the Center for Automotive Research estimates that all automakers have invested $8B in EVs and autonomous vehicles in Michigan between 2018 and 2020. Ford’s investment in Kentucky and Tennessee is nearly 40% larger than that. And it involves the direct creation of nearly 11,000 jobs. The Michigan Legislature, late as usual, just authorized $1B in EV incentives.

Although much of the focus on Ford’s decision has been on incentives offered by Kentucky and Tennessee, a company’s decision to locate involves more than just money. We’ve seen this a number of times with companies like Google and Amazon. One factor they always consider is the education level of the local workforce. When a company does not find enough talent in the local population, it looks elsewhere.

That’s exactly what Ford has done. Officially Ford said of its choice to locate the plants in Not Michigan:

_… the company selected Tennessee and Kentucky because of their proximity to other Ford factories and suppliers, access to sustainable energy and lower construction and operating expenses, which ‘are very critical . . . to keep battery cell costs low’.”

One undeniably attractive element of Kentucky’s incentive package was its $36M workforce training incentive. Tennessee also set up a fund for worker training.

The right academic programs will support redeveloping the auto industry

Redeveloping the auto industry here would be a lot easier if the training needed to support the automakers’ shift to electricity were already in place. Ford expects that half of its vehicle sales by 2030 will involve all-electric vehicles. General Motors intends to go all-electric by 2035.

Electricity costs are a significant factor for EV battery manufacturing. Tennessee and Kentucky can offer electricity at $0.053 per kilowatt-hour. Michigan’s per kilowatt-hour cost is $0.072. Driving the cost of electricity production down is essential to cost-containment. Michigan will need a well-trained, highly skilled energy-sector workforce to make that happen.

So, when the automakers have this kind of need, it’s important that the community colleges in SE Michigan not spend too much time sitting on their hands. The existing workforce is a deciding factor for winning new opportunities as well as retaining the jobs we have now.

Is this the best Washtenaw County taxpayers can expect from our annual $60M investment in WCC?