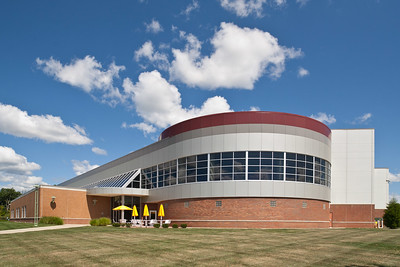 Protecting the community college is essential

If you look at recent community college news, you’ll find a Detroit Free Press series on the impact of college options on poverty in rural areas. You’ll also find an article in the Lansing State Journal about how much Michigan university students spend on remedial math courses. (The article is behind a paywall, so unless you subscribe, it’s not available. Here’s an older Bridge Magazine article about the same subject.)

These stories all have one thing in common: they emphasize the importance of higher education. A focused, committed community college can offer real solutions that meet the needs of people living in poverty. It can work with universities to turn deficiency into proficiency, and drive enrollment at four-year institutions. A community college education is a highly reliable route out of poverty.

That’s why Washtenaw County voters have to understand the danger that the current WCC administration and the current Board of Trustees pose to this community. Diverting WCC’s tax dollars away from education closes the door on county residents’ attempts to escape poverty.

Why did the Trustees think the HFC was a good idea? At the March 12, 2019 Board Retreat, Richard Landau even characterized the HFC as a “good investment.” Not only was the HFC not a good investment, it has been a constant drain on the College’s general fund for more than a decade. It will continue drain the General Fund until 2027. Even after the College manages to pay off the HFC’s debts, leaking hot tubs will continue to deny a new generation of County residents their chance to escape poverty.

The Trustees we have elected to oversee the College consistently make bad spending decisions. Worse, they cannot see (or cannot admit) that they have wasted literally millions of operating dollars meant to lift people out of poverty on relining swimming pools, repairing hot tubs, and refurbishing broken-down locker rooms. This is somehow a “good investment” of our tax dollars? How many people escaped poverty as a result?

In 2006 the Board of Trustees agreed to waste our educational dollars on an executive health club. In 2008, they came to the voters for a millage renewal – during the Great Recession, no less – when county residents were losing their homes. Today, WCC doesn’t even maintain the HFC properly. I have heard from multiple subscribers to the WCC HFC about the poor maintenance conditions at the building. They’ve complained about the long waits for facilities repairs; the ever-rising costs of membership; and the shabby conditions in the locker rooms.

And now the WCC administration wants more money. They’ve already said that they will divert our generous appropriation from education. The Administration wants to build the “Advanced Transportation Center,” which doesn’t have a whole lot to do with advanced transportation. Or education for that matter. They want to build a hotel and convention center because they’re convinced that it will print money. And they want to convert the parking lots to retail space to “draw people from the community in.”

How many students will enroll at WCC because of the “Advanced Transportation Center?” Or a hotel and convention center? Or a Starbucks in the parking lot?

None of these projects will increase enrollment, so we should not waste a dime on them. What will increase enrollment are low-cost, high-value educational programs that give people careers. In the last 55 years, Washtenaw County taxpayers have invested hundreds of millions of dollars in building and growing WCC. Preserving our investment requires an Administration that is committed to meeting the county’s educational needs, not scoring political points. “Doing the right thing” does not involve squeezing impoverished students to finance unnecessary construction.

We also deserve a Board of Trustees that recognizes that it owes a duty of loyalty exclusively to the taxpayers. The voters did not elect the Board to rubber-stamp whatever bad decisions the Administration dreams up. We need Trustees committed to WCC’s educational mission, and who will recognize and reject attempts to waste our educational resources. We need Trustees who understand that every dollar they divert from the General Fund extinguishes someone’s chance to escape poverty.

Published in Board of Trustees, Health and Fitness Center, Millage, News, WCC Budget and WCC Conference Center and Hotel