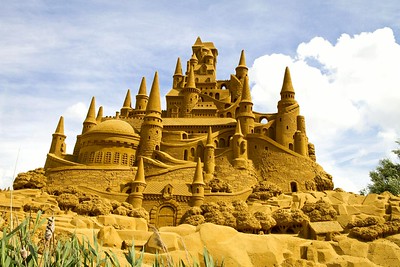 The Superintendent of the Nebraska City School District made an uncomfortable presentation to his community this week. Mark Fritch stood in front of Nebraska City taxpayers and explained to them that the school district has accumulated $36M in debts since the 1980’s. Those debts are now strangling the school district, and he would like the voters to authorize tax money to clear them. The district’s long-standing habit of debt financing for construction projects has left the district with too little cash to operate.

It all started in the 1980’s, ironically with cash flow problems. To alleviate them, the district began to borrow money. It now has the full array of debt financing, including standard bank loans, lines of credit and tax anticipation notes. A tax anticipation note is a short-term loan that uses future tax revenues to guarantee repayment.

Debt financing is an unacceptable risk

So, back to those tax anticipation notes. The district anticipated an increase in the tax revenue. As it turns out, the local population has stagnated, which means that school enrollment has also stagnated. So, the school district did not get the anticipated tax funding from the State. Nebraska – like Michigan – uses a per-pupil appropriation. When the student population drops, so does the district’s state appropriation. And for good measure, the school district has a higher-than-average number of special education students, ESL students and students living in poverty. Which means its operating expenses have gone up while its revenues have not.

Did I mention that Nebraska caps property taxes? So, like Michigan, there is an arbitrary cap on property tax increases in any given year. Regardless of how much property values rise, the law limits tax collections. Currently, 80% of the allowable increase in tax collections goes to the district’s debt payments. The district is now begging for a five year override of the maximum allowable tax rate to generate more cash. Even with the increase, the district estimates that it will take 8-10 years to resolve the debt.

This is the danger of debt financing by public entities. It builds sandcastles out of assumptions about the availability of tax revenue over a long period of time. And no one can possibly anticipate how those sands will shift.

Going to the voters and asking for tax-backed bonds insulates the General Fund from unforeseeable events and shifting circumstances. It is the exact opposite of phenomenally stupid.