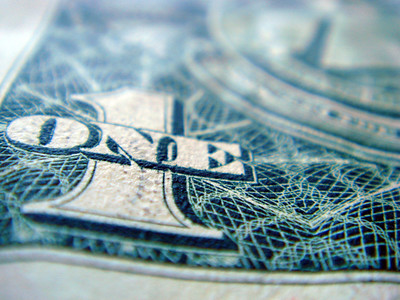 It’s been a rough couple of weeks for low-wage earners in Michigan. The second stimulus payment looks like it will be permanently capped at $600. Annualized, this works out to $1.64 per day for most Americans. Not sure how one can stimulate the economy on less than $2 per day, but we’re all about to find out. And then there’s Michigan’s minimum wage. That’s another issue that could seriously damage WCC enrollment in 2021. (Or any year, for that matter.)

The Michigan Legislature is the gift that keeps on giving. The 2018 Michigan Minimum Wage Increase Initiative was a voter initiative that was supposed to raise Michigan’s minimum wage. The measure raised the minimum wage by $0.60-$0.70 per year until the state’s minimum wage reached $12.00 in 2022. Following that, the initiative tied minimum wage increases to the rate of inflation. The initiative also provided for time-and-a-half overtime pay for hourly workers.

With voter-initiated ballot measures, the Legislature can adopt a ballot measure within 40 days of the State Board of Canvassers’ validation of petition signatures. The minimum wage measure has a long and fraught history which you can read here .

The Michigan State Legislature moved swiftly to adopt the measure – not because they liked it, or thought it was the right thing to do. Instead, they wanted to kill the measure, and doing that required them to adopt it. After adopting it, they “adjusted” the measure to slow the rate of increase and eliminate the rate-of-inflation provision. It kept the language prohibiting Michigan’s minimum wage from rising if the State’s annual average unemployment rate exceeds 8.5%.

At a time when low-wage earners desperately need a higher income, Michigan’s minimum wage will remain at $9.65 per hour, even though the inflation rate for the 12-month period ending in November 2020 was 1.2%. Had the pandemic not occurred, Michigan’s minimum wage would have risen by $0.22 per hour. Under the Legislature’s “adjusted” minimum wage statute, a full-time minimum-wage worker in Michigan would have made $458 more in 2021. That would be enough to pay for about four credits per year at WCC.

So how does this impact the WCC enrollment? Low-wage earners comprise a large portion of the typical WCC enrollment. The more rigidly the Michigan State Legislature controls the minimum wage, and fails to account for inflation, the harder it is for these workers to attend WCC in the first place. Failing to increase the minimum wage to account for inflation effectively moves the goalposts for people who are trying to escape poverty.

What goes around comes around

Ironically, the push to defeat the ballot measure was funded almost exclusively by the Michigan Restaurant Association, whose members don’t even pay their workers the actual minimum wage. Instead, they pay a special “tipped” worker minimum wage, which is $3.67 per hour.

The minimum wage applies to many Michigan workers, whether they’re in the restaurant industry or not. Instead of carving out an exception for restaurant workers, the Michigan State Legislature trashed the initiative altogether. While the restaurants remain shuttered and their workers furloughed, the rest of the State’s minimum-wage workers in childcare, healthcare, manufacturing, retail and other “frontline” sectors can’t get a pay raise.

Had the initiative made it to the ballot, and had it been adopted, Michigan’s minimum wage would have frozen at $10.65. (The rule regarding the unemployment rate would still have applied.) Instead, it is stalled at $9.65 – $1.00 per hour less than it might have been. Under the larger minimum wage, a full-time worker would earn $2,080 more per year, which would allow that worker to enroll in about 9 credits per semester at WCC.

No one has a crystal ball, but the current WCC administration was awfully cozy with Rick Snyder. He signed the mangled minimum wage legislation that now prevents minimum-wage workers from earning enough to attend WCC.

What goes around comes around.