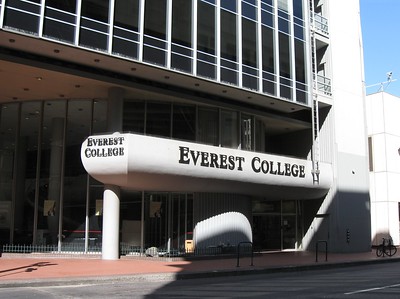 On one hand, it is hard to understand why students would enroll in for-profit colleges. It often costs as much to attend one as it does to attend a top-tier institution. The quality of the education is variable at best. Students who finish a program may or may not be employable in their chosen fields.

And the schools themselves are most decidedly in it for the money. Some schools characterize high interest student loans as “scholarships.” Students may find out only at graduation that they owe tens of thousands of dollars in loans.

For a business, the pursuit of profit is its reason for being. But most schools are not businesses. They offer a public benefit in exchange for their public funding. Students are – for the most part -shielded from the true cost of their educations.

So, the unfolding story of Eastern Gateway Community College is unusual among public institutions. The public usually coughs up most of the annual budget for a community college. Pursuing an ever-increasing revenue stream is both unnecessary and unwise.

Profit isn’t a typical operating motive for a public community college, so the 50% profit-sharing agreement between it and its online program management partner, Student Resource Center, stands out. It explains why EGCC has a stated goal of enrolling 100,000 students by 2025. It also explains why EGCC has a student teacher ratio of nearly 50:1. And it explains why there are more students from California enrolled at EGCC than from EGCC’s home state of Ohio.

Although they deny it, SRC seems to have an outsized influence over EGCC’s operations. EGCC’s current president (an accountant with no academic experience) and SRC’s president have worked together in the past. This relationship seems to have eclipsed the oversight that EGCC’s Trustees are supposed to provide.
It also clearly illustrates what happens when a community college’s Board of Trustees no longer operates in the best interests of the institution or its students. Ineffective oversight is deadly to an institution. And EGCC will end up paying a steep price for it.

EGCC’s partners are not afraid of losing the school’s accreditation. They don’t care. Why should they? Their motive is profit, not public service. The agreement between SRC and EGCC has turned predatory. Most student who enroll in EGCC are Pell Grant-eligible. As it turns out, EGCC charges a different rate for Pell Grant recipients than for students who don’t qualify for that aid.

In other words, EGCC now behaves much like its for-profit counterparts. The SRC agreement has almost fully co-opted a publicly funded institution, converting a public investment into private gain.

EGCC is a clear warning for profit-seeking administrators

For other community colleges (like Washtenaw Community College), EGCC has transformed itself into a cautionary tale. Placing profit ahead of the mission will come only at a great cost to the institution and the community. Having a weak, disengaged Board of Trustees is the most necessary element of a conversion like EGCC’s. And weak trustees who support public disinvestment are exactly what organizations like SRC need to thrive.

SRC knows that it will likely meet the end of the road with EGCC sooner rather than later. It has recently established similar business relationships with two other four-year universities in Ohio and Paul Quinn College, a HBCU in Dallas, TX. When these institutions no longer prove useful, SRC will move on in search of other institutions with suitably weak governance.