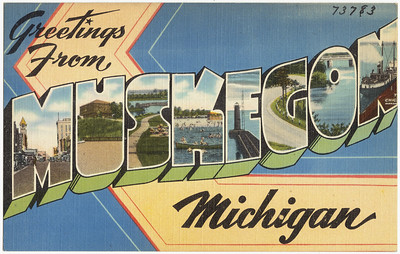 Muskegon Community College announced last week that it had accepted an offer from an unnamed buyer for the Lakeshore Fitness Center. MCC had purchased the former Muskegon YMCA in 2015 and then spent five years shoveling money at it before the MCC Board of Trustees pulled the plug on the project.

The buyer turns out to be the Boys and Girls Club of the Muskegon Lakeshore. The group purchased the building as a home for its programs. Prior to the sale, MCC had expressed the desire to sell the building to a buyer who would operate it as a health club. The BGCML committed only to working with the community on the sale.

MCC purchased the building in 2015 for $1.17M. During the time MCC owned it, the College plowed another $1.33M into repairs and upgrades for the building. MCC also lost an additional $2.5M on operations over the five-year period. The Board turned down an earlier offer of “up to $1.25M for the facility from a local developer. The developer would not commit to operating the building as a fitness club.

BGCML purchased the building for $1.17M – exactly the same price that Muskegon CC had paid for it in 2015. Which means that MCC lost the $1.33M it spent on improvements to the property, plus $120,000 in inflationary losses and $2.5M on operational deficits. (They also lost the opportunity to recover $80,000 in losses by not selling the property to the developer.) Muskegon CC’s foray into “death by fitness center” left it nearly $4M in the hole.

Fitness center is a distraction from the mission

Although the developer would not commit to operating the building as MCC wanted, neither would the actual buyer. Running a fitness center is not part of their business model. Based on MCC’s experience, attempting to run a fitness center could jeopardize the new owner’s actual mission.

If the people who run the BGCML are smart, they will worry about running their programs and leave the fitness center operations alone.

There are plenty of takeaways here for WCC – not that anyone will pay attention to them.

First, the Board of Trustees must act in the best interest of the community college. Insisting that the buyer operate a fitness center as a condition of the sale doesn’t do that. When the Board’s expressed desire was to “stop the bleeding,” taking the best offer was the smart move.

Second, the Board should have paid closer attention to the building’s operational costs. MCC bought the facility outright, which meant that it had no loans to worry about. WCC isn’t in that position. WCC will be paying at least $1M in bond debts every year on its own fitness center until 2027 in addition to whatever repairs and maintenance the building requires.

Currently, the building doesn’t have enough subscribers to make the financial model work. And it’s not clear that the subscribers will return post-pandemic. It’s pretty late in the game to make a new business plan for the building. However, that’s exactly what the building needs, if the original model won’t work as advertised going forward. WCC’s Fitness Center needs a Plan B, and shame on the Trustees if they didn’t insist that the Administration develop one.

Third, every decision on the WCC Fitness Center going forward needs to be made under the lens of the taxpayers’ best interest. The WCC Fitness Center is a publicly funded, privately operated building. The public gets to pay for it, but doesn’t get to use it, and it generates absolutely no public benefit. That can’t happen.

It is time to hold the Trustees accountable for their failure to do the one thing they were elected to do: provide oversight.