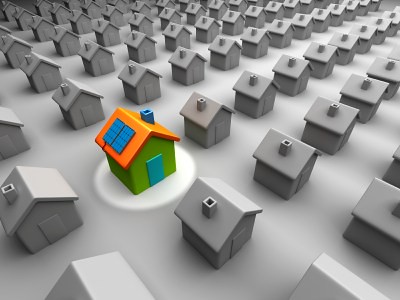 A Nebraska state legislator sponsored a bill that would eliminate the ability of Nebraska’s two-year schools to levy property taxes. The bill, if passed would restrict community college levies to just $0.20 per thousand dollars of valuation. That levy could be used only to pay for capital projects and bond debt.

Nebraska has 13 community college campuses divided into 6 regional systems. With a bill so drastic, you might think that the state’s community college taxes are onerous. One system, Southeast Community College (SCC), currently assesses $0.95 per thousand dollars of valuation.

The taxable value of real property in Nebraska is tied to its actual market value. Farmland is taxed at 75% of its actual value. The median home price in Nebraska these days is about $225,000, so a homeowner with a median value home will pay about $213 in community college taxes.

It’s not clear what motivated a legislator to propose gutting the taxing authority of the state’s community colleges, but the impact is clear. As one community college president said in his testimony against the bill, “it would close all six community colleges.” Ironically, the primary sponsor of the bill graduated from SCC.

The return on our community college taxes

If you need more perspective, the average community college levy in Texas is $1.80 per $1,000 of valuation. At that rate, the median home in Washtenaw County would incur about $195 per year in community college taxes.

My point is that Washtenaw County residents shoulder an enormous tax load to support Washtenaw Community College each year. We elect Trustees to oversee that annual investment, but we seem to get very little in return. A lower than average graduation rate. A higher than average proportion of students who have defaulted on their student loans. A high number of students who make student loan payments but can’t reduce their loan balances.

Poorly maintained campus buildings. Using operational dollars to pay the bond debt on a for-profit health club the taxpayers didn’t authorize. A $26M no-bid contract for IT services. A lower than average number of full-time faculty members. A 50% out-of-district enrollment rate and steeply discounted tuition for out-of-district online students. A bloated administration with more than a dozen Vice Presidents and comprised largely of people who don’t live in the district. Workforce development programs that produce $12/hour jobs. The closure of the campus daycare center.

We need Trustees who will hold the administration accountable for these outcomes. We deserve much more than we’re getting for our community college taxes.