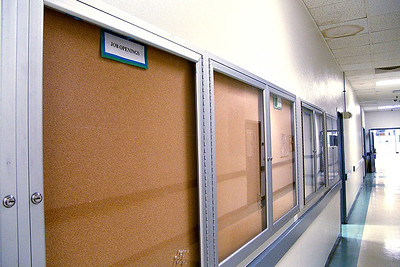 A recent article in the Washington Post shines light on the impact of higher ed layoffs. In most cases, those employees who lose their jobs are among the lowest-paid at their institutions. In the higher-ed sector, clerical workers, low-level administrators, custodians, adjunct faculty, part-time employees, full-time faculty and even student workers have all been impacted by layoffs.

The highest-paid employees in the education sector have largely escaped the budget axe, even amid searing budget deficits and plunging enrollment. The lowest-paid employees at an institution are typically women and people of color.

Higher ed layoffs deliver a special sting. They preserve the employment of higher paid, white males, while eliminating the jobs of women and minorities at the bottom of the pay scale. Further, layoffs eliminate workers’ health insurance during a pandemic that has unequally affected minorities. A recent study by FAIR Health revealed that an insurance-paid COVID-19 hospitalization costs $35,000-$45,000. For a patient without insurance, that figure rises to nearly $75,000.

Higher ed layoffs must include executives

Job creation in the higher ed sector has plummeted in 2020. Typically, the sector would have produced about 180,000 new jobs between August and September. This year, the sector expanded by just 20,000 new positions.

Over the summer, the University of Massachusetts furloughed nearly 1,000 support staff members, including clerical workers, food service workers, groundskeepers, and maintenance personnel. The furloughs did not include a single faculty or administrative position. In September, the University instead applied salary reductions to its faculty and higher-level administrators.

At the City University of New York (CUNY), higher ed layoffs impacted more than 2,800 part-time workers and adjunct faculty there. While the CUNY system received CARES Act funding, it used none of it to preserve jobs. It also chose not to resize or reshape its full-time administration.

Higher ed layoffs that aim to preserve executive employment are not sustainable. This approach jeopardizes the health of the institution. It also bypasses an opportunity to correct administrative bloat. At the same time, cutting operating costs by eliminating the lowest-paid and part-time workers impairs organizational efficiency. It makes economic recovery in the area harder.

It is time for governing bodies, such as the WCC Board of Trustees, to evaluate the need for WCC’s glut of highly compensated administrators before they authorize the elimination of any additional positions. Right-sizing an administration that has swelled in both size and cost in the last decade will do more to correct WCC’s financial difficulties than eliminating the positions of the College’s lowest-paid workers.