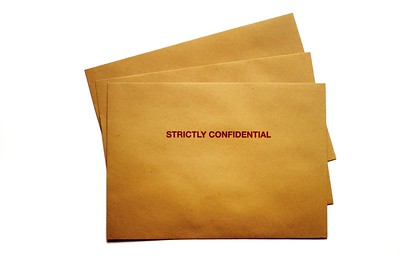 Confidential separation agreements are not new. About the same time the issue of Gordon’s buyout surfaced, the Michigan State Senate acknowledged that it had approved more than $632,000 for 30 confidential employee severance agreements over the past five years. That averages to $21,000 per agreement. The Michigan House admitted to issuing 3 agreements over the past 7 years, worth a total of $60,000, or an average of $20,000 per agreement. The Governor’s office reported three confidential separation agreements, including Gordon’s. One of the other two agreements was made with outgoing Unemployment Insurance Agency Director Steve Gray, valued at nearly $86,000. A third reported agreement was worth $11,000. All agreements contain confidentiality and non-disparagement clauses.

While the media seems pre-occupied with the ignominious details of $10,000 and $20,000 settlements in state government, it has registered with exactly no-one that the WCC Administration paid each IT worker – on average – nearly $75,000 to go away. That doesn’t include each employee’s vacation payout, which any departing employee receives upon separation. The IT vacation payout raised the total buyout tab to about $2.6M.

Since the 2019 IT massacre, the WCC administration has terminated dozens of employees. (No Vice Presidents that I’m aware of, though.) Those employees didn’t receive IT-style buyouts. In fact, the process of terminating employees has gotten so sloppy that the Children’s Center staff weren’t even told that they were losing their jobs.

So, I’m just wondering where the public outrage is about spending $2.3M on employee severance deals? For that matter, where is the outrage about WCC issuing a $26M no-bid contract for replacement IT services? (Was that contract even negotiated?)

As a reference point, lawmakers in Rhode Island are ready to burn down Rhode Island College because the RIC administration issued a no-bid contract for consulting services that ended up costing the College $760,000. Ironically, that particular contract was to identify the source of overspending at RIC. (Found it!) That’s less than 3% of the Ellucian no-bid special.

More importantly, where is the oversight? As a publicly funded institution, WCC cannot operate without oversight. The Trustees have no say in the fate of the Children’s Center, but they are supposed to exercise serious influence over the direction of the College Administration. They’re supposed to demand proper purchasing protocols and spending requests. They’re supposed to be looking out for the taxpayers.

None of this nonsense happens without the full blessing and agreement of the Trustees. They don’t have to vote on the Children’s Center closure. But if that were unacceptable to the Trustees, the Children’s Center doors would still be open. Instead, they cling to an executive administrator whose greatest accomplishment during her decade-long tenure grows harder to identify with each passing year.

If the people of Washtenaw County want better administration of WCC, then the institution needs better Trustees.