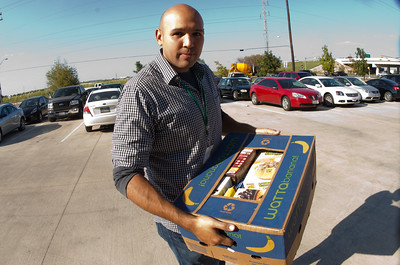 Education is an effective weapon against poverty

The 2019 American Communities Survey from the US Census Bureau shows that poverty takes a toll on certain households. 40.7% of households in Michigan headed by a female with children under the age of 5 live below the poverty line. This compares to 15.7% of all families with children under age 5 in the state, and 37.6% nationally. Among all states, Michigan has the 17th lowest household income.

Despite the current challenges, property owners in Washtenaw County will collectively contribute nearly $60M to Washtenaw Community College this year alone. That figure varies annually with the taxable value of properties in the county.

Property owners who voted to provide this generous level of funding did so with the belief that WCC would use the money to create educational programs that would lift single mothers and their children out of poverty. And programs that would help impoverished parents improve their families’ standard of living.

So, when the WCC administration and the Board of Trustees create a plan to use that money to build a hotel and conference center instead, it changes the picture for Washtenaw County’s poor. When they build a building the campus doesn’t need and plan to pay for it with tuition and fee increases, it consigns more local families to poverty. When the Administration and the Board of Trustees gamble the taxpayers’ money on money pits like the Health and Fitness Center, that’s the opposite of what the voters intended the College to do.

It is not too much to ask the Trustees to perform the oversight that the law requires and the community expects. We do not put Trustees on the Board because we think they give great advice. We put them on the Board to watch our investment. Carefully.

The coming decade(s) will pose significant challenges for higher education institutions. Those that are well-governed, well-managed, well-prepared and well-funded will not only survive, but also thrive. Those that failed to focus on their core missions and wasted their resources will suffer.

Time will tell which of these futures awaits WCC, but one thing is certain. With each day that passes, that future inches ever closer.