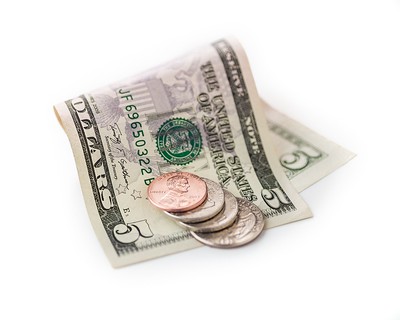 Economic recovery reserved for a few

Recessions are impossible to predict. According to the standard measurements, you don’t know you’re headed for a recession until you’re already in it. And they’re literally over before you know it. Economists are trying to figure out whether the economic recovery will be “V-shaped” (ideal), “W-shaped” (less than ideal, but better than the remaining alternatives), “K-shaped” (not good) or a “Z-shaped” depression (definitely bad).

One thing is clear right now, however. The recovery-to-date isn’t treating all people equally. One of the biggest differentiators is where you do your work. Nearly two-thirds of college graduates who do most of their work on a computer can work from home. They are being treated very well by the recovery.

For people in high-wage jobs, the economic recovery has also created a paradoxical boom in home values. According to the National Association of Realtors, home values are at record highs. The good news keeps rolling in for players in the stock market. Investors remain optimistic that a vaccine is just around the corner. That’s driving near-record gains.

What the economic recovery looks like for WCC students

On the other end of the spectrum, just 20% of people armed only with a high school diploma can work from home. Those who can’t work from home aren’t faring very well. Employment among people earning $14/hour or less is down 20% from pre-pandemic levels. For people making under $20/hour, employment is off 16%.

Nearly half of all minority tenants are worried that they won’t be able to pay the rent in August. Initially, many states instituted moratoria on evictions, but those bans are ending, leaving renters vulnerable to removal from their homes.

People who work in low-wage jobs, are facing crippling unemployment and the prospect of being evicted are also the kind of people who enroll at community colleges. They can’t afford tuition increases – even small ones.

What’s in store for WCC students

Even though WCC has announced that it will freeze its tuition rates for 2020-21, the Administration has also announced that it plans to raise tuition in 2021-22 and 2022-23. The reason? The Administration has overspent the incoming revenues. They’ve put off repairing the buildings on campus, and those buildings are now in dire shape. They’ve put an extraordinary number of executives on the payroll. And best of all, they still want to build a new, non-academic building using money meant for College operations. Someone has to pay for the new building, the executives and the buildings that are falling down.

If you’re a WCC student, don’t expect the Trustees to help you out. They’re ok with having you pay for these expenses because that means their own taxes won’t go up. (Sadly, I’m serious about that.) They’re also ok with cutting academic programs to paper over their poor spending habits and lack of financial self-control. They do not care that you’re not working, or that you’re barely making ends meet. They do not care that you’re being left out of the economic recovery.

Don’t worry. Your tuition won’t go up until 2021. You’ve got some time to figure out how to pay for this.