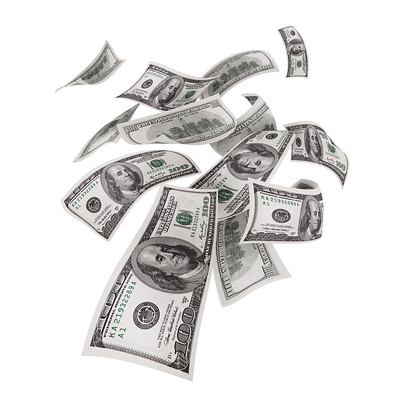 The commonalities continue when administrators attempt to explain why the budget deficits at their institutions involve multiple millions of dollars. Without hesitation, administrators point to declining enrollment as the culprit.

In Iowa, almost half of the state’s 15 community colleges report that they will incur budget shortfalls next fiscal year. The revelation appears to be strictly informational. Community colleges there have no apparent plan to address the deficit conditions.

At the City College of San Francisco, however, the budget problem is a bit more front-and-center. In 2021, CCSF planned to lay off about 160 full-time faculty members to balance the school’s books. Administrators called off that plan at the last minute, after receiving a substantial increase in federal COVID-19 relief funds. At that time, the administration warned that the federal funds were a stop-gap measure. They were merely kicking the school’s structural deficit down the road.

This year, in response to perennial budget shortfalls, the school plans to lay off about 200 full-time faculty members. In fact, the administration has already issued pink slips to the affected faculty members. The decision to cut programs and instructional personnel has prompted protests. Faculty union members have been camping out (literally – tents and all) in front of the school’s administration building since May 1.

At the end of the day, faculty members teach classes and administrators manage operations. Budget shortfalls, especially those of the 7- and 8-digit variety don’t just appear. The school’s faculty and the students who do or do not enroll do not cause budget shortfalls. They result from poor managerial spending decisions and failure to act when they develop clear evidence of ongoing or impending financial loss.

Financial failures result from the school administration’s profound dereliction of duty. In WCC’s case, spending millions more than necessary on energy, for example, represents an administrative failure. WCC’s administrators collect and report energy usage and cost data to the state every single year. They know that WCC spends nearly twice as much as the next largest energy consumer among community colleges. For years, the WCC administration has chosen to do nothing. Their failure to act resulted in the overspending (in millions) of taxpayer dollars intended for education.

And ridiculously, the Trustees have decreed that all new construction on campus must be LEED-Silver certified. This drives up the cost of construction substantially. The returns on this “investment” which should appear in the form of reduced energy consumption, instead appear to increase campus energy usage. This is, in part, because LEED certification is not limited to construction. You have to maintain LEED construction religiously to ensure energy efficiency. Unfortunately, WCC has not done this. The taxpayers paid a premium for building construction costs, and then paid vastly increased energy consumption costs because the Administration failed to maintain the buildings’ LEED certifications.

Poor decisions are celebrated and rewarded

Similarly, WCC’s failure to address maintenance issues quickly and completely in campus buildings results in an extraordinary accretion of deferred maintenance. Prior to the pandemic, WCC’s then-CFO Bill Johnson stated that the deferred maintenance issues in the Morris Lawrence Building required $8M of the $9M WCC initially planned to spend on building renovations. Another extreme example of administrative dereliction of duty.

In the past decade, WCC has managed to accumulate 13 Vice Presidents. Literally, no other community college of WCC’s size in the entire United States has 13 Vice Presidents on the payroll. Yet, the WCC Administration grows unabated.

The WCC website that took years and millions of (allegedly) unbudgeted dollars to develop only to be thrown away after the Administration outsourced the in-house IT staff is another example of profound mismanagement.

The WCC Health and Fitness Center racked up $4.5M in operational losses last year, yet the Trustees cannot wait to duplicate the triumph of this “investment” by building a similarly ill-conceived hotel on campus.

Yet, instead of being recognized and addressed as the failures they are, these actions and untold more are celebrated and rewarded as some perverse interpretation of success. So, when it comes time to pay for administrative failures, WCC eliminates services like on-campus childcare, and academic programs like Culinary Arts.

WCC failed to increase its enrollment despite the fact that the State of Michigan offered to pay tuition costs for most Michigan Residents over age 25. More than 21,000 new students enrolled in the state’s community college. WCC had net negative enrollment for both the fall and winter semesters.

The problem at WCC isn’t declining enrollment; it’s an administration that lacks any credible oversight and appears to be accountable to no one.