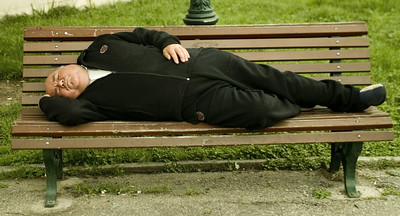 Board needs to prioritize spending

In any given year, WCC takes in a lot of money. The taxpayers very generously overfund the College. Student enrollment is relatively constant. The State has also provided steady funding increases, despite tough circumstances. The voters rely on the WCC Board to prioritize spending, enact sound fiscal policy and authorize good spending decisions.

Unfortunately, this Board wouldn’t know sound fiscal policy if it walked up to them and punched them in the mouth. As a result, the Board enables the Administration’s careless spending. Predictably, WCC is now running short on cash.

The Board could demand policies that prioritize spending on maintenance and upkeep. Instead, it enables the Administration to ignore necessary building repairs. That one approach costs the taxpayer an enormous amount of money. It comes in the form of expensive, emergency repairs and inefficiency-driven operating costs.

Instead of demanding policies that prioritize spending on technology and software that lower WCC’s administrative costs, they do they opposite. By giving away a multi-million dollar no-bid contract for IT services, the Administration has committed WCC to spending more money on IT services and IT infrastructure. The cost of licensing the College’s administrative software rises at 3-4 times the rate of inflation every year. Despite the availability of less costly options, the Board asks no questions.

Instead of minimizing spending on administration, the Board allows the Administration to prioritize spending on executive hiring, even as it cuts essential workers in lower-paid staff positions.

The Board’s failure to prioritize spending and enact sound fiscal policy has led WCC – one of the best-funded community colleges in the state – straight into a structural deficit. The taxpayers can no longer afford to tolerate Trustees who neither understand the situation they have put WCC in nor take steps to correct it.