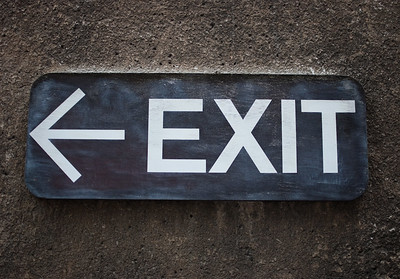 A while ago, I wrote about the deep financial burden that the Health and Fitness Center is placing on WCC’s finances. I said that Washtenaw County taxpayers deserved an exit strategy because we’ve been pouring millions of dollars into the facility.

The State has variously shuttered and squeezed the HFC into minimal operation for the better part of a year. The issue is that the HFC should support itself. It should generate sufficient revenue through its operations to pay for its costs. As someone I know likes to say, “The plan is simple.”

Except it’s not. The plan is a little too simple. It is unfinished because it doesn’t say what happens when revenues don’t cover operations. And it doesn’t say how long the taxpayers can expect to carry the HFC’s dead weight. Or how we’re supposed to get out from under this fiasco. The plan doesn’t divulge what is supposed to happen to the building if or when it can no longer operate under its current business model.

We have this purpose-built building that has no significant academic ties to the campus. Originally, students weren’t even supposed to use it. Prior to the pandemic, the building was being run at 100% capacity, because that’s what it takes to make this building pay for itself. And based on its reported expenses, it’s not even doing that.

Exit strategy should be baked into the business plan

And it’s not enough to know how much revenue these programs generate. We need a full accounting of how much it costs the taxpayers to host these events. And we need to know the extent to which WCC leans on this revenue. How necessary is it? Can WCC operate without it? If not, what’s the plan to make it up when these “other” revenue sources dry up?

We also need an exit strategy for “hotel and convention center” that WCC’s Master Plan calls for. It would be most helpful to have an exit strategy built into the business plan for the building. And since the public will be paying for it, it should be opened up for public discussion. Working without a plan to exit this revenue stream is simply too risky, as the HFC demonstrates every day.

And make no mistake about this. The Board of Trustees should look out for the taxpayers. They’re supposed to be ensuring that these schemes minimize the risk to the taxpayer. The Trustees ask no questions, however. So, millions of dollars in tax revenues “leak” from the General Fund each year to pay for this nonsense.

Revenue streams aren’t the only activities that should trigger an exit plan. The taxpayers deserve to know how the Trustees plan to extricate us from the millions of additional dollars WCC now spends on administration and overhead that it wasn’t paying 10 years ago. How are we going to get out from under the bloat that defines the current WCC administration? Who pays for all of the building neglect?

Where do we draw the line? How do we stop the losses? When do we admit that enough is enough?