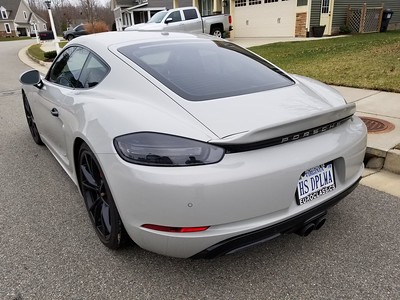 What is the impact of a WCC degree?

Yesterday, I wrote about the economic value of a WCC degree. A data analysis from Georgetown University shows that 10 years after graduation, 42% of WCC graduates do not out-earn someone with a high school diploma. Additionally, 10 years after graduation, the median annual salary of a WCC graduate is about one-third less than the lower-end household income limit for the middle class.

There are a multitude of explanations for this, including everything from lack of data to the proportion of WCC degrees in low-wage occupational programs. But moving from WCC-specific factors to the broader value of a community college degree, a paper published by the National Bureau of Economic Research offers another possibility.

The Value of Postsecondary Credentials in the Labor Market: An Experimental Study, originally published in 2014 and revised in 2016, discusses employer perceptions of employment candidates with degrees from various institutions. The researchers created a variety of fictitious resumes for actual entry-level jobs in business and healthcare fields. The resumes followed specific patterns and contained the same elements, but varied the institution that issued the applicant’s degree. They submitted more than 10,000 bogus resumes to employers to measure the effect of educational credentials on call-back rates.

Is a WCC degree more valuable than a high school diploma?

The results were predictable. Applicants with degrees from for-profit institutions fared the worst when it came to getting a call-back. But the research showed other employer biases. According to the study authors:

Healthcare employers were less likely to show a bias against students with a credential from a public institution. The researchers speculated that for certain positions, having a state license was a more significant factor than where an applicant earned a degree. For those positions that did not require a state license or a degree, employers showed only a marginal preference for community college graduates.

According to the research, employers do not differentiate between a high school diploma and an associate degree. That conclusion supports a return to the Department of Education’s gainful employment reporting standards that the current administration is contemplating.

When 42% of graduates with a WCC degree cannot out-earn a high-school diploma, it is insulting to claim that they will be merely “employed.” Rather, Ed must require institutions to report employment in one’s field of study and earnings potential following graduation. That is a much better way to allow prospective students to determine the value of a WCC degree.