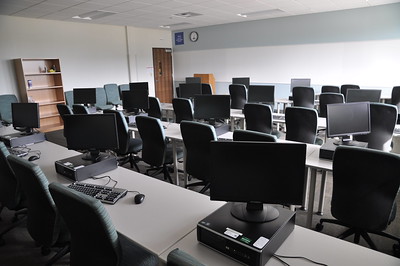 What does a good economy say about WCC?

The economic fringe always exists; it’s just not always occupied by the same people. Shifting demographics show who occupies the economic fringe at any given time. When the economy is strong, more females, older workers and minorities populate the fringes of the economy. The community college should be working hard to move these people into the economy. To succeed in school, minority and female students may need assistance with childcare, transportation, food assistance, or debt-free financial support. Older workers – who may not have been in a classroom recently – may need additional academic assistance to redevelop basic math, reading and writing skills. They may need to learn or improve computer skills. Disabled students may need accessibility assistance.

A good economy isn’t an excuse to divert money

The people who are in community college classrooms when the economy is alive and well will be most hurt by decisions to use general fund resources to finance debt. Every general fund dollar spent on debt takes away resources from the most vulnerable students on the community college campus. It’s easy to justify diverting resources to other priorities when the classrooms aren’t full. But that’s exactly when the College should be applying all available resources to the students who need the most help to access the economy.

Right now, WCC’s administration proposes to divert $9M from the general fund to repair the Morris Lawrence Building. The repairs have been delayed for years, which substantially increased their costs. The repairs need to be done – but the administration could have authorized these expenditures years ago at a much lower cost. The administration also plans to build a building whose academic value is highly questionable. Additionally, it plans to complete a major renovation of the Student Center Building in the next few years. The general fund cannot support all of these projects, so WCC will borrow cash. It will repay these debts using a new $10-per-credit-hour “facilities fee” on student accounts. Beginning in FY 2021, a full-time student can expect to pay an additional $300 per year to pay off WCC’s loan debts.

The “facilities fee” won’t be escrowed specifically for debt repayment. It’s just another cash grab, like the current “technology fee.” It also means that the administration can redirect the fee elsewhere, leaving the general fund short for debt repayment. To make up the shortfall, the administration could concoct yet another student fee to generate additional revenue.

Whether the economy is good or bad, this isn’t how WCC should treat its students.