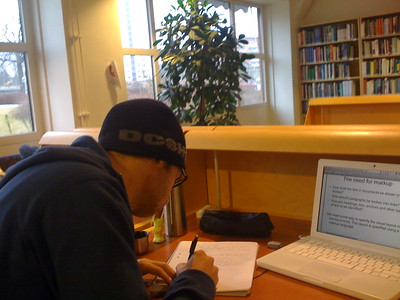 Recently, someone suggested to me that WCC would need to raise tuition and cut programs if Proposal 1 does not pass on March 10. I’m suggesting that it does not matter what the outcome of Proposal 1 is. WCC students will see a rise in their cost of attendance regardless of what happens on March 10.

WCC students supply the only revenue stream that the College exercises control over. It is easy – almost pedestrian – to threaten tuition increases and program cuts when facing a potential funding loss.

According to the House Fiscal Agency , community colleges must limit in-district tuition-and-fee increases to the greater of 3.2% or $128. Community colleges that exceed this benchmark will forfeit a performance funding increase. In other words, if a community college raises tuition too much, the State will eliminate “bonus” funding.

For WCC, a 3.2% tuition increase would raise rates from the current $95 for in-district students to $98. Exceeding this amount would likely trigger reductions in State funding. The WCC Administration’s proposed $10-per-credit-hour fee to student accounts already exceeds this statutory limit. Since the limit is an incentive and not a requirement, WCC could decide to forgo the additional state funding.

In fact, the WCC Administration may have already decided to go this route. Maybe WCC raises more money by applying the fee and losing state funding, than it gets by limiting tuition increases. This should give everyone in this community pause. When required to choose between meeting the community’s needs or funding its own priorities, the WCC Administration would choose to fund its own priorities.

Will WCC students be forced to pay for building projects that the majority of them will not benefit from? Should they be forced to pay to repair buildings the Administration neglected, when the community provided sufficient funds for maintenance? Should the community pick up the slack and reward an Administration that rejects additional State funding?

This would not be the first time this Administration has left State money on the table. The “Advanced Transportation Center” project will only receive half of what the State could have paid because the Administration insisted upon advancing an ill-conceived project.

Proposal 1 is an existential question. Who does WCC exist to serve? Whose needs and goals should receive priority when funding choices must be made?