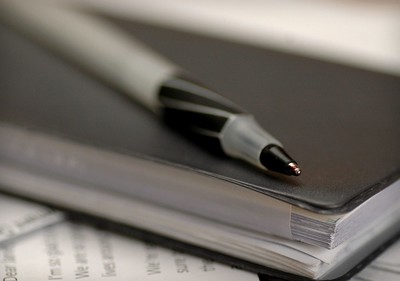 In June, the WCC Board of Trustees approved a $26M no-bid contract for managed IT services. On the surface, the cost of this contract is $26M. But the decision to outsource WCC’s IT services included a lot of hidden costs, including licensing for ERP software. The taxpayers should understand these costs, because we’re going to be paying them until this administration is stopped.

The particular platform WCC clings to, however, is long past its prime. Continued support for this system is costing the taxpayers of Washtenaw County millions more than it should. Worse, the Administration continues to double down on this system, sacrificing the well-being of the students, faculty and staff in order to meet its own needs.

The cost of supporting ERP software

WCC uses an ERP system called Banner. Ellucian, the company that owns Banner, now supplies WCC with managed IT services – which replaced WCC’s in-house IT staff. Despite the fact that the WCC community’s IT support needs go well beyond Banner, the College administration chose to fully support itself at everyone else’s expense.

And make no mistake about it, Banner (and all of its accompaniments) are expensive. Really expensive. In fact, to license Banner and other Ellucian products, the College has to commit to paying licensing increases of 6%-7% each and every year. The increased licensing fees don’t result from improvements in the product. They’re written into multi-year licensing agreements well before WCC even know whether or when any system improvements will be released. The increases would take effect even if Ellucian made no changes whatsoever to the software.

Worse, the base Banner product relies heavily on COBOL, a completely obsolete programming language. The legacy costs of supporting COBOL-based products are huge and growing. The number of people who can support COBOL decreases daily, as these people literally retire or die. The unavailability of obsolete expertise and the antiquity of the base product guarantee that support for the product will come only at an extraordinary cost.

Avoiding the expensive Ellucian licensing agreements isn’t possible. The company needs to raise its pricing every year – regardless of market conditions – because it needs to stay ahead of its enormous debts.

Why WCC’s ERP software costs you so much

Two private equity firms bought Ellucian in 2015 in a leveraged buy-out. If you’re not familiar with the world of high finance, a leveraged buyout is one in which the purchaser(s) borrow heavily to buy a company, then saddle the company with the loans. This approach allows buyers to acquire a company using as little of their own money as possible, but still make a profit on the company’s operations. If the company goes broke, the purchasers can walk away, not having lost their own money on the deal.

In Ellucian’s case, the buyers borrowed $1.6B at 9.75% interest to investors to fund the purchase. The bonds are B-grade corporate bonds, which are formally classified as junk bonds. They’re “junk” because there’s a really high probability that the company will go broke and investors will lose their money.

So, the taxpayers in this case paid the $26M for WCC’s gift to Ellucian – for which the administration has never provided a truthful explanation. They paid another $2.6M to pay off the employees who wrongly lost their jobs. The administration voluntarily and knowingly placed the College into never-ending upward spiral of costs for the ERP software. And of course, with Ellucian making the IT decisions at WCC these days, every IT problem now comes with an Ellucian Solution. (Optional extra, of course!)

The WCC administration has set the taxpayers on an unending treadmill of IT expenses. Take a moment to look at the first-quarter financials for the College. The contract that was supposed to save WCC $600,000 per year doesn’t appear to be working that way, so far.

No surprise, there’s no IT savings at WCC

This IT outsourcing plan will not save the taxpayers any money. It will only cost more.

The people making these decisions can’t even stick to their own budget for a month! The Board of Trustees have no real interest in controlling the taxpayers’ costs.

The taxpayers need to hold the WCC administration and its Board of Trustees accountable for these outrageous spending decisions. Vote on March 10, 2020.

Published in Board of Trustees, IT Outsourcing, Millage, News and WCC Budget