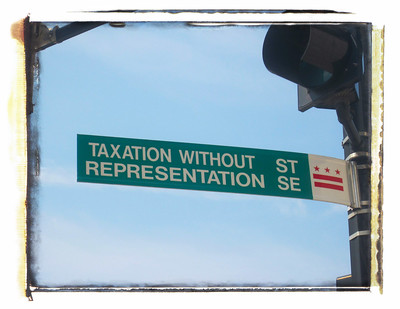 WCC Trustees don’t resemble the students or the taxpayers

In the 2008 survey, community college trustees were more likely to come from a business background than an educational one. Further, more than half of the trustees who responded to the survey were between the ages of 60 and 80 years old.

And it also stands in sharp contrast to sentiments like this, expressed by certain WCC trustees during a March 12, 2019 discussion on a potential student fee increase.


David DeVarti – We’re doing everything we can to you know to work towards college as inexpensive as possible. And now you’re tacking on – what? $20 dollars a credit?
Bill Johnson – Ten.
David DeVarti – Ten dollars a credit?
Bill Johnson – Ten dollars a credit.
Dianna McKnight-Morton – I don’t see that
David DeVarti – Per semester? So you’re tacking for –
Dianna McKnight-Morton – I don’t see any problem with that.
David DeVarti – 12 or 15 credits? Another $120 to $150?
Richard Landau – Well we have the …
David DeVarti – It’s a 10% increase.
Richard Landau We have the incredible…. Well on that particular metric, sure, but –
David DeVarti -For in-county residents, it’s a 10% increase.
Richard Landau – Yeah, but I mean, we’re also – I do think that you need to look at the comparables here, you know, in terms of – I mean we do – fortunately have Eastern and University of Michigan and Schoolcraft, and you know, all of our comparables within you know a 30-mile radius that – you know – I think we still compare pretty darned favorably to – so yeah, you can look at this as a percentage increase, but the fact of the matter is, where’s – where else are they going to go? I mean, where are we going to lose them to?

Board won’t change until voters change the Board

Now, keep in mind that the fee increase under consideration would have gone to pay for the construction of the “Advanced Transportation Center” – a building project that very few students would have any academic contact with.

While Trustee David DeVarti is clearly concerned with the optics of adding $120-$150 per term for full-time students, Dianna McKnight-Morton doesn’t have a problem with it. Richard Landau does not care that a large fee increase might affect students. Bizarrely, he can only look at the situation in terms of economic competition. (Kudos to the person who laughs near the end of Landau’s comment.)

These trustees clearly cannot (or will not) relate to the student population WCC was designed to serve. Their primary consideration is making sure that the College’s construction payments don’t affect them personally.

It is also exactly why we need to balance out the influence of Trustees who have little or no professional connection to or knowledge of higher education, and who may also be separated from the average community college student by 3-5 decades. We need to recognize that disconnected representation may not serve the community or the community college very well.

We need trustees who are more tuned into the community college population, serving the community and meeting the needs of students than they are in colluding with the College administration and protecting their own personal financial interests. This isn’t the kind of representation Washtenaw County taxpayers need. Clearly, too few members of this particular Board even understand the taxpayers’ priorities well enough to advocate for them.

Continuing to re-elect the same trustees repeatedly will not result in positive change for WCC students or for the taxpayers of Washtenaw County. Simply put, it is choosing taxation without representation.