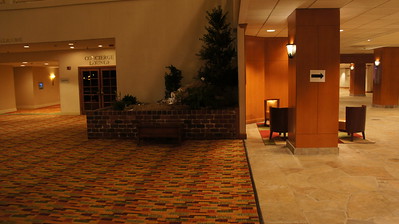 Community colleges play an important role in helping an area recover from an economic recession. They always provide a low-cost entry into the economy. They also support students who want to transfer to a four-year institution, or transfer credits back to a university. When the economy is good, it’s easy to look past this value. When the economy turns soft, the community college is a front-line resource for returning the economic cycle to positive territory. Looking at changes in WCC’s student profile helps reveal who really needs WCC and when.

Community colleges provide the resources that people need to recover from job losses, or to avoid losing their jobs. They enable people to switch careers, retrain, or enter the economy after a prolonged absence. Community colleges can also provide rapid entry into emerging fields, where demand for workers is high and the available workforce is low.

WCC student profile when the economy is good

Looking at WCC’s “steady state” student profile gives an indication of who uses WCC when the economy is good. WCC is in its “steady state” right now, and has been since about 2013. Its steady state reflects WCC’s operation when county residents as a whole are not dealing with any extraordinary economic circumstances.

About 70% of the WCC student body is white. The average age of a WCC student exceeds 30. About two-thirds of all students enroll part-time. Part-time enrollment is a good indicator that students are either working full-time or near full-time. It can also indicate that a part-time student is attending two educational institutions simultaneously. Dual-enrolled students could be high school/WCC enrollees, or they could be WCC/university enrollees.

In this “steady state,” WCC enrolls more women than men. Its largest cohort of students fall in the 18-24 age bracket, but students in the 25-32 age bracket form its second-largest cohort. Its 30%-minority enrollment is higher than the state average for community colleges. African-American students comprise the largest minority group, at about 13% of WCC’s overall enrollment. Hispanic students make up the second-largest minority group on campus. This percentage also exceeds the state average among community colleges.

WCC student profile when the economy is bad

Tellingly, the percentage of part-time students drops. At the trough of the Great Recession, nearly half (48%) of students at WCC in the Fall 2011 semester were enrolled full-time. It is very hard to commit to a full-time educational program while also working full-time. It is possible, but it puts the student under enormous financial and time pressures. Most students do not attempt this, and of those who do, many do not succeed. Only the most desperate students work full-time while also attempting to complete at least 12 credit hours.

WCC’s student profile changes because of the influx of low-income students (young men, minorities, young women) with few or no immediate job prospects following high school; older workers who require retraining; and people who are unemployed or underemployed. These people will be most negatively impacted by the WCC administration’s plan to take educational dollars intended to help them when they most need help, and use it to build a hotel, convention center and retail space instead.

Second in line will be the employers in Washtenaw County who need – and can’t find – people to fill the jobs they have. Third will be the existing taxpayers, who lose the opportunity to help young adults enter the workforce, and older adults to remain there.

Build futures, not a hotel

A good economy can be deceptive because it provides ample room for distraction. Community colleges typically use an economic upswing to re-evaluate their existing programs and identify emerging career opportunities. This readies the college to fully support workers who will be impacted by future negative economic events.

It also explains why the WCC administration’s plan to build a hotel and convention center is so dangerous for everyone. This is the time to prepare for new training opportunities. It is foolish to divert educational resources to build a speculative income stream that is unrelated to WCC’s mission. Worse, WCC’s planned misadventure is highly susceptible to economic downturns. People do not travel, attend conferences or participate in contract training programs during recessions. An empty hotel and convention center will require significant taxpayer support to ride out such a storm.

Taking money away from programs and students to fund a hotel and conference center is appalling. This strategy literally steals the futures of the county’s most vulnerable residents. And for what? Who does this plan benefit? We cannot give away the economic future of Washtenaw County in exchange for a half-empty hotel.

Keep WCC focused on its educational mission. Vote on Proposal 1 on March 10, 2020.