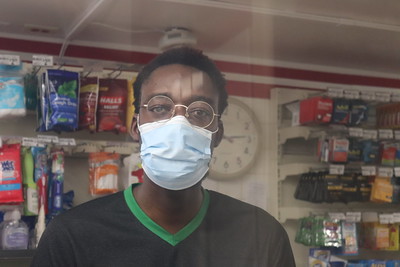 WCC should be addressing the wage gap

When someone mentions “the wage gap,” a listener may assume that the phrase refers to earnings differences among men and women. While that’s certainly fertile ground for debate, the wage gap exists on many levels.

Educational attainment is key to closing the wage gap

Educational attainment is the key to increased earnings. Less time spent in the classroom translates into more time spent in “occupational segregation.” This has real consequences for Black households in Washtenaw County.

This increases their likelihood of exposure to COVID-19 and its most severe consequences. Currently, Black Michigan residents account for twice as many cases of COVID-19 and three times as many deaths as the overall State population.

Poverty disproportionately affects Black households. “Getting into the workforce quickly” is a trope offered up by the WCC administration to justify routing students into certificate programs. Citing figures offered by the State of Michigan, WCC claims that 1-year certificate holders can earn as much as 2-year Associate Degree holders can.

For households on the edge of poverty, wage increases that average less than 3% per year barely exceed the rate of inflation. State of Michigan data show that certificate earners – even after 5 years on the job – do not earn a living wage in Washtenaw County if they support anyone else.

A certificate may allow one to enter the workforce. But it does little long-term good if it traps workers indefinitely in entry-level positions. To reduce poverty in Washtenaw County, we need to put students on a long-term path to better earnings. For many students, that means earning a two- or four-year degree.

WCC issues substantially more short-term certificates than any other Michigan community college. From this perspective, WCC should not be complicit in widening the wage gap. We should not simply wait to see how this plays out. The Michigan State University report shows exactly the results we can expect. We should actively direct minority students to degree programs that will secure their financial futures.