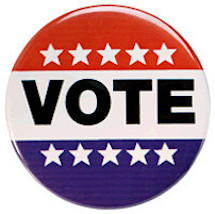 WCC Millage 2020: What voters should consider

WCC will ask voters to renew a 1.0-mill millage on March 10, 2020. This millage election coincides with the 2020 presidential primary election. If approved, the millage will replace an expiring tax authorization, and will take effect in January 2021.

This authorization will produce unrestricted tax revenues to fund the College’s general operations. The voters should consider several issues when deciding whether to approve this millage request.

The size of the WCC administration

Since 2011, WCC has added 50 administrative positions while both student enrollment and the number of full-time faculty members has declined. In FY 2018 disclosures, WCC reported that it employed 228 people in its “independent” group – the administrative group at the College. In 2011, the year Rose Bellanca arrived, the College reported that it employed 178 people in this group.

In 2019, the WCC administration outsourced the College’s entire IT Department. The move eliminated 31 full-time jobs. It also shipped $26M in local tax revenues to a Virginia firm. The administration awarded the no-bid contract to Ellucian, despite a major public outcry.

The WCC administration has announced that it intends to build a hotel and conference center on campus. The purpose of the construction is to supplement the College’s annual revenues. This move will shift WCC’s focus from education to real estate development. It will also put WCC into direct competition with private businesses in the area.

WCC expects to spend $2 million in two years to repair the Health and Fitness Center. The building is nearly 20% over-subscribed to help pay off the bond debt. When the building was first opened, WCC claimed it would pay for itself. The building has been open for 12 years and still operates at a loss.

WCC has $20M in deferred maintenance projects just completed, scheduled or in process. The College has routinely spent its operating funds on other priorities, allowing the campus facilities to deteriorate to dangerous conditions.

WCC collects nearly 40% more tax revenues than the average for Michigan community colleges. Currently, it has the fourth-highest authorization in the State. Despite receiving such favorable tax treatment from the voters, the WCC administration still complains that it doesn’t receive enough funding, and wants to spend taxes earmarked for education on real estate development instead.