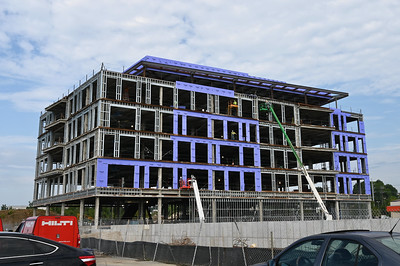 Last month, I wrote about the Opportunity Zone that’s conveniently located adjacent to the campus of Washtenaw Community College. According to the IRS, an Opportunity Zone is ” …an economic development tool that allows people to invest in distressed areas in the United States. Their purpose is to spur economic growth and job creation in low-income communities while providing tax benefits to investors.” There are thousands of newly created Opportunity Zones across the United States. It’s not by coincidence that one such O-Zone sits on the edge of the campus.

One of the requirements of an O-Zone is that it is located in a “distressed area” in order to promote economic growth and job creation in low-income communities. Low-income housing development garners the same tax benefits to the developer as luxury housing projects do.

If you’ve never thought of Pittsfield Township as being a “distressed area” or a low-income community, that’s because it’s not. Pittsfield Township has a per capita annual income of nearly $39,000. It also has an average household income of $73,000 and a family median income north of $103,000.

However, in and around the O-Zone, McKinley Properties has done an admirable job of turning its real estate holdings (Golfside Lake Apartments, Glencoe Hills, The Villas, Aspen Chase) into something straight out of Westworld. That makes it much easier for the entire area to maintain the income profile needed to qualify for an O-Zone.

So, Pittsfield Township is entertaining a proposal to create a nearly 300-unit “affordable housing” complex in the O-Zone. Only individuals and families that meet certain income guidelines will be eligible to rent there.

The developer is Lockwood Development, LLC. If you’re not familiar with the company, you may be familiar with the owner, Rodney Lockwood, Jr. He’s the Vice Chairman of the Mackinac Center for Public Policy, a radical right wing think tank that minimizes climate change, opposes public pensions for teachers, spending on public education, and corporate welfare (except generous tax breaks, of course). MPCC supports union-busting and outsourcing, and collects hefty donations from the Kochs, the Dows and the DeVos’s, among others. Lockwood formerly served as the chair of the Michigan Chamber of Commerce.

He also wrote a book extolling his plan to purchase Belle Isle and turn it into the Commonwealth of Belle Isle, a self-governing Libertarian paradise. The Commonwealth of Belle Isle would sell citizenship to about 30,000 people (for a mere $300,000 apiece), use the Rand (as in Ayn Rand) as its currency and generate inestimable wealth thanks to its utter lack of regulation. Conveniently, it would also exist outside of the purview of the Internal Revenue Service.