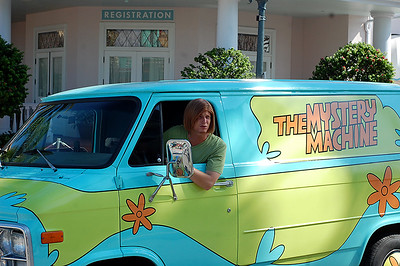 At the Spring WCC Board Retreat, the WCC administration announced its plan to close the Children’s Center. The new WCC Master Plan puts WTMC in that space.

First, this plan is half-baked. The Administration did not present enough detail at the Retreat to fully describe the plan to convert the space. Or exactly what portion of WTMC’s operation will go there. And more importantly, how much it will cost to pull off.

What’s clear is that the WCC Master Plan is driving the move. The Administration dislikes the fact that WTMC parents drop off their kids at the front of the College every morning. While they characterize the issue as one of “safety,” the new plan simply transfers the “problem” from the front of the campus to the back.

The Master Plan actually calls for closing the main Huron River Drive campus entrance. I will not delve into the sheer stupidity of that. That speaks for itself. So, why move WTMC from the front of the house to the back?

It all goes back to Item #9 of the Master Plan – which is commercializing the Huron River Drive frontage of the WCC campus. The Administration can’t commercialize the property if it gets clogged up at certain times of the day by Those Meddling Kids. Solution: move them out of the way.

Those Meddling Kids that clog up the front of the College for 10 minutes every morning and afternoon account for about 20% of WCC’s annual student tuition revenue. Guaranteed revenue. If money’s the goal, the WCC Administration should welcome more Meddling Kids. Instead, they’re building Starbucks in the parking lots.

To commercialize the Huron River Drive frontage, the Administration needs to turn the campus upside down, and they’re determined to do just that.

A community college isn’t about turning a profit, and it’s not about commercializing the campus real estate. It’s about educating students. That’s it. That’s the mission, front to back.

Make no mistake about what’s happening here. The college that this community has built over the last 56 years to provide educational and economic opportunities for low-income residents is being actively and rapidly co-opted for commercial development.

And it has to stop.