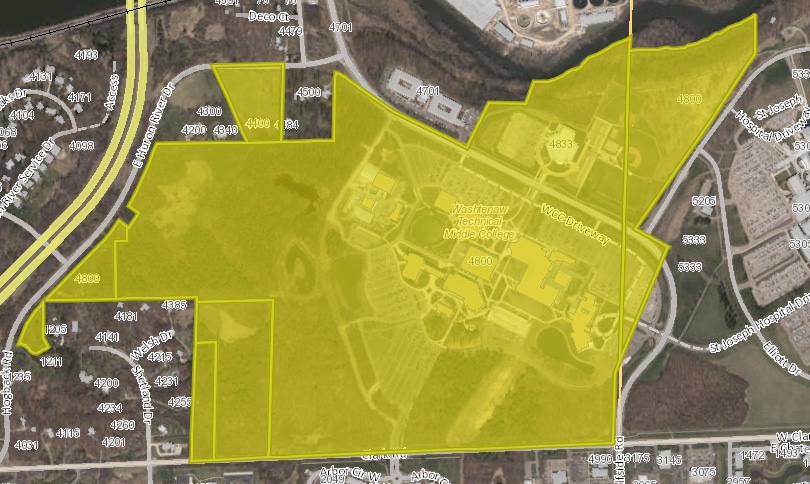 WCC Hotel: Giving up space is a bad idea

WCC’s new master plan includes building a hotel and convention center on campus. The plan offers three different spaces for the building. These “outlots” as Trustee Bill Milliken so charmingly calls them, represent places on campus where WCC can build buildings. (One of these “outlots” appears to be the TI parking lot, but we can discuss that later.) But should WCC consider giving up space that it could otherwise use for academic buildings?

The proposed hotel and conference center are not academic buildings, and WCC cannot easily convert them to academic space. The master plan – written by Albert Kahn Associates – indicates that the College could convert a hotel to dorm space. Dormitories do qualify for state funding, but in the July 30, 2019 board meeting, Trustee Richard Landau ludicrously suggested that the building could be used mostly as a dorm, then partially as a hotel in the summer months, and a private operator would run both of these. It’s hard to know what the State of Michigan would make of this plan.

The question of how WCC should manage its land is significant. Currently, the campus consists of not-quite-300 acres of contiguous property, straddling the Ann Arbor and Superior Township border. The vast majority of WCC’s land lies in Ann Arbor Township, which is notoriously difficult to work with on zoning and permitting issues.

The WCC property consists of several different parcels that the College has acquired at different times. Ann Arbor Township has zoned the main campus parcel as Public Land. The College acquired other properties in a piecemeal fashion along Hogback Road and Clark Road. These currently have residential zoning.

Potential locations for the WCC Hotel

Section 2.102 Recreation-Conservation (R-C) District.
The best use of certain areas of the Township is the management, preservation, and low- impact utilization of the natural resource base inherent in these areas. The Recreation- Conservation (R-C) District is hereby established to ensure that the natural resource value may be preserved, maintained, and sensitively utilized. The R-C District is designed to protect and enhance natural amenities, including woodlands, wetlands, and wildlife habitats. It is the intent of this district to permit those uses and structures that can operate or be located in areas of natural amenities in a compatible manner, and to prohibit those uses or structures that detract from, injure, or destroy these amenities. In addition, uses and structures shall be permitted only at a low density and intensity to ensure their compatibility with the natural resource base.

Saving space for what really matters

This all begs the question, “If zoning is so problematic on the WCC campus, shouldn’t the Board of Trustees adamantly reserve buildable spaces for future academic expansion?”

In 2019, we – as a community – have no idea how long WCC will last. It’s already been in its current location for 54 years. In theory, it is here indefinitely, and it could still educate students in 2119. WCC is unlikely either to move or to acquire much more land around its campus. Today, WCC appears to own a lot of land, but can build on only a limited amount of it.

Ideally, the College will build new buildings (and replacement buildings) close to its existing ones, but prior experience tells us that Ann Arbor Township does not issue permits willingly. Under these circumstances, giving up space for potential construction sites close to the rest of the campus for non-academic buildings doesn’t make sense, regardless of township or rezoning drama. The Trustees must adopt a policy against giving up space on campus for anything except academic construction. This is the only way to protect WCC’s long-term future.

Chasing hotels and conference centers is both contrary to WCC’s academic mission and damaging to WCC’s potential for future growth. We should not tolerate giving up space or property that can support true academic buildings to build silly side businesses that have little to no lasting potential to advance the College’s primary academic mission.

Published in Board of Trustees, WCC Conference Center and Hotel and WCC Watch