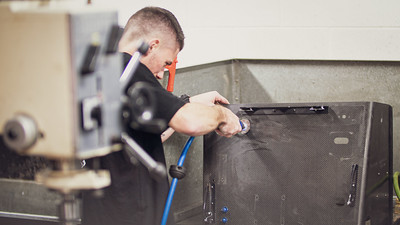 Most people don’t take the time to look at graduation statistics for any particular institution. Even so, the numbers tell a tale, which is why the State of Michigan tracks them. Degree programs are often measured in years. A bachelor’s degree is a four (or sometimes five) year program. A master’s degree is a two-year program. Doctoral programs can take any number of years to complete. Degree completion is more important than the time it took the student to complete one.

Of the 4,389 awards WCC made last year, 69% of them were of the “certificates of less than one year” variety. You might recall that yesterday, I wrote about the value of such certificates. To summarize, many certificate holders earn less than a high school graduate (with no post-secondary credentials) after six years in the workplace. For those certificate holders who borrow to attend school, 80% of them aren’t making enough money three years after graduation to begin repaying their student loans.

There is one thing you can’t say about WCC’s two-year degree programs, though. With the exception of Asian students, minority students do not earn more occupational degrees than their non-occupational counterparts. That’s unfortunate, because minorities earn less than their white counterparts once they enter the workforce.

Certificates certainly inflate the number of credentials that WCC awards to students every year. But credentials that employers don’t value and increase student debt without increasing their earnings do more harm than good.

Published in Board of Trustees, News, Technical education and WCC Budget