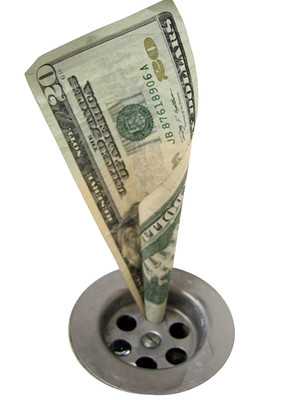 Information about WCC’s recent millages is here, but today, we’re looking at the bond proposals.

In November 1992, WCC wanted a bond and millage to add two new buildings, upgrade other buildings on campus and increase its operating budget.

Washtenaw Community College Bonding Proposition – 1992
Shall Washtenaw Community College, State of Michigan, borrow the principal amount of not to exceed Twenty Three Million Three Hundred Thousand Dollars ($23,300,000) and issue its general obligation unlimited tax bonds therefor for the purpose of defraying part of the cost of erecting, furnishing and equipping a library and classroom building, and a business education building, adding to and improving, renovating and reequipping existing buildings and developing the sites thereof?

WCC had never lost a millage or bond request, but this time, they lost both. The voters’ negative response came as a major shock to the College. The WCC administration started work immediately to understand why the normally supportive voters didn’t approve this bond proposal. They did not, however, approach the voters again for nearly four years.

When WCC again came to the voters in 1996, they did so knowing exactly what the voters would approve. You can read the August 1996 ballot language below.

Washtenaw Community College Bonding Proposal – 1996
Shall Washtenaw Community College, State of Michigan, borrow the principal sum of not to exceed Thirty-Eight Million Nine Hundred Thousand Dollars ($38,900,000) and issue one or more series of its general obligation unlimited tax bonds therefor, for the purpose of defraying part of the cost of erecting, furnishing and equipping a technology education building; improving, enlarging and equipping existing buildings; and of making associated site improvements?

The community was bullish on the potential of technology, so the library became a “technology education building.” The College didn’t mention the “business education building,” and the size of the bond authorization had ballooned by 67%. The College included a request for money to improve and enlarge existing buildings, and to make “site improvements.”

The measure passed in August 1996.

The results of the 1996 election

The 1996 bond authorization was huge – far larger than what the College needed to accomplish its stated goals. In addition to building the library inside the Gunder Myran Building, WCC added a new power plant, the Business Education Building, Student Center renovations, Occupational Education Building renovations, the Great Lakes UA Regional Training Center, the parking structure, the Landau Building and the Health and Fitness Center.

WCC isn’t being forthright with the voters about how much it needs to build and rehabilitate facilities. Depending upon the building’s purpose, WCC doesn’t have to cover the full cost of the construction. For some buildings, the State will kick in as much as half.

The gluttonous 1996 bond authorization meant that WCC could build like crazy for two decades, but it also meant that the voters took on a lot of long-term debt for buildings that they didn’t specifically authorize. (Remember – the 1996 ballot language said the money was for existing buildings.)

It also gave WCC money to do inadvisable things. Instead of spending the 1996 bond money on the authorized rehab of the Morris Lawrence Building, WCC used bond money to build the unauthorized Health and Fitness Center. In doing so, it forfeited the chance to build an academic building that qualified for matching state money. WCC saddled the taxpayers with long-term debt and unending, horrendously expensive maintenance.

In the near future, ML will be closing for 6 months for the full $9M rehab that it should have gotten 13 years ago.

When the repairs are done, the College can remove the netting over the building entrance that currently catches bricks falling off the façade. (If you visit before January, look up to see the nets, but watch your step; the concrete walkways are also heaving.)

The moral of the bond authorization story

The WCC administration doesn’t have a good track record of being honest about how it uses the money it borrows. This spending-obsessed administration will use the new bond issues to build a hotel and conference center – despite voter objections.

We’ll also get the “Advanced Transportation Center” which is another Morris Lawrence-like building that’s actually designed to host events rather than hold credit classes.

We must hold the Trustees fully accountable for their lousy spending decisions. If we don’t, we’ll get the Hotel Washtenaw, and a college that is further removed from its educational mission.

Published in Millage, News and WCC Conference Center and Hotel