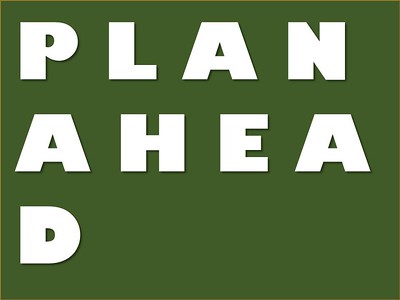 I found this little nugget near the end of the Spring Trustee Retreat. It was totally worth waiting for. (Insert eyeroll.)

If nothing else, this interaction gives insight into how things happen at WCC under the current administration.

RH: Um, I guess it’s not a major thing, but won’t we have to reconfigure the childcare center for WTMC, or will they pay for that? Or how does that work?

WCC CFO Bill Johnson: Trustee Hatcher, that is a really good question. So, we have not yet…um… you know, met with WTMC to review that space, but when we do, we anticipate that there will be some renovation costs, and that we would anticipate that those costs would be reflected in either in the increase rates that they’re now paying the College – the contribution rates they pay to the College for use of the space, or – and/or that it will be an outright reimbursement to the College for that.

Chair William Milliken, Jr. I guess one thing is certain. There will be reduced demand for small chairs there.

At this point, I am sure you must be wondering, but no, I do not make this stuff up. (Fifteen people just lost their jobs, and the Board Chair is making jokes about it.)

The WCC Administration hatched a plan to move WTMC. To that end, they closed the Children’s Center and laid off the entire staff, without actually telling them directly. Simultaneously, they proclaimed the Family Education Building the new home of WTMC without talking to WTMC, either.

Yes, ladies and gentlemen, this is how the WCC Administration works. It’s been a full decade of “Ready, fire, aim” at Washtenaw Community College.

There’s a mergers-and-acquisitions tactic called a leveraged buyout. Using this tactic, an investment firm borrows money to buy a company, then sticks the newly purchased company with the loans the investors took to buy the company. The WCC Children’s Center closure is analogous.

We’re going to renovate the WCC Children’s Center into new space for WTMC. They have no idea that this is happening, but they’re going to pay for all of the reno on the building.

The renovation cost, by the way, is going to be significant. Daycare centers are not built to the same building code standards that academic buildings are. I’m pretty sure that occurred to exactly no one in the WCC Administration. Not that it matters. The bill will go to WTMC. Unlike WCC however, WTMC doesn’t have the option to raise tuition or lard on “facilities fees” to pay for surprise capital expenses.

Ruth Hatcher asked the right question. Unfortunately, she accepted the wrong answer. Shouldn’t everyone be in on the plan – especially those the plan affects? And shouldn’t the Trustees keep their snide jokes to themselves?