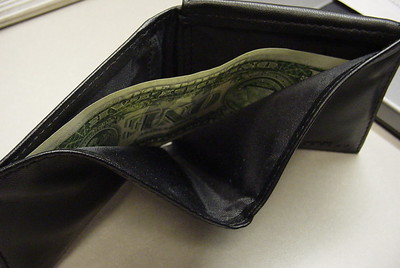 To repeat, in real dollars, Washtenaw County’s median household income has dropped by more than 10%.

When you consider that, the county’s support of WCC becomes remarkable. In that 20-year period, the economy peaked, crashed and recovered. But the taxpayers continued to support WCC because we believed in WCC’s “investment value”, even in the most financially trying times since the Great Depression.

In 1996, when WCC said, “We’re going to invest the money you give us into technology, technology training, and technology-focused careers,” we believed them. WCC took the money we gave, and put it in the General Fund. The College probably spent some of the money on technology, but mostly just spent it.

Today, WCC is asking us to renew a millage that will produce $17.5M per year for the next 10 years. This money isn’t earmarked for anything other than the General Fund. The College can spend it on anything. Unfortunately, WCC has made a major change to the way it uses the General Fund.

WCC now uses the general fund to make debt payments to private investors, who have funded capital improvement bonds. Virtually every capital project the College has undertaken in the last 20 years has been funded by private investors. That’s a problem.

First, it costs more to fund projects privately than it would to fund these projects with tax-backed bonds. The interest rates on private bonds are higher than bonds that the voters have guaranteed with a specific revenue stream. Ultimately, the College overspends on its capital projects. We also get stuck paying for building projects investors like but the community doesn’t need.

Second, the voters don’t get a say in whether a project does or doesn’t move forward. Had the voters been asked to approve the Health and Fitness Center, the project would have died. And today, the College wouldn’t be spending millions each year to stay ahead of the building’s debt and maintenance costs.

Third, debt service consumes resources the voters intended for true operational costs, like building maintenance and instruction. The College has diverted money away from building maintenance for years. You can predict the results. With $32M in planned capital improvements between now and FY23, WCC will spend 50%-70% of that money to address conditions that have arisen from neglect.

Waiting to address poorly maintained facilities and systems only increases the cost of the eventual repair. In many cases, delay eliminates less expensive repair options, and commits the College to more expensive replacement solutions.

Worse, the College has spent the “operational funds” we have provided all along on other things. Now, WCC has to borrow money – at higher interest rates – to pay for something we already funded once.

The real question for voters on March 10

A 1.0-mill renewal and increase is asking a lot, largely because the WCC administration doesn’t exercise any meaningful spending restraint. That would be ok, if the Board of Trustees practiced true fiscal oversight, but they do not. They merely approve whatever expense requests the administration places in front of them.

A 10.4% decrease in household income in Washtenaw County challenges the notion that we can “afford” high educational taxes. Today, Washtenaw County households are not spending out of their excess; we are spending from our reserves.

We need to ask whether we are investing in education or sacrificing to fund a reckless and expensive spending spree.

Published in Board of Trustees, Deferred Maintenance, Health and Fitness Center, Millage and WCC Budget