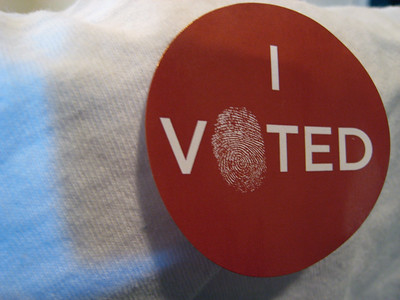 If you’re looking for information about the WCC millage – Proposal 1 here are six really important things to consider when you vote today.

The WCC trustees want to avoid you.

The WCC trustees don’t want to bring requests for capital dollars to voters in the district. Instead, they prefer to divert “operational funds” to construction. This takes away money for student resources and commits the taxpayers to paying more than necessary for construction projects. It also puts the taxpayers at a greater risk, if WCC ever defaulted on these loans.

WCC uses this funding mechanism to build buildings that the campus doesn’t need and didn’t ask for. Investors like the buildings, but – as the Health and Fitness Center demonstrates – these “investor specials” are really expensive to maintain and don’t return real value to the community.

At the request of the WCC administration, the Board of Trustees approved a $26M no-bid contract to outsource the College’s IT staff. The WCC administration thinks you don’t care that they sent $26M of your tax dollars to a Virginia firm, and fired 31 local residents. In addition, they spent another $2.5M to buy out the IT staff. To pay the buyout costs, WCC used instructional dollars. And the College now pays more for IT services than it did when it had an in-house staff. The WCC administration thinks WCC is “in a rich community.” I’m part of the WCC community, but I’m not rich – and neither are most residents here.

The WCC administration doesn’t take care of the campus buildings

Washtenaw County taxpayers give WCC enough money to perform required maintenance on the buildings. The WCC administration has made a habit out of spending that money on other things. As a result, the College has incurred enormous “deferred maintenance” costs. Additionally, 50%-70% of the $32M they intend to spend in the next three fiscal years on capital work will be used to remedy this neglect. And they’ll be borrowing this money from private investors at a higher interest rate.

The WCC administration and the Board of Trustees want to use Proposal 1 money to build a hotel.

The WCC master plan calls for the construction of a hotel and convention center. This is another maintenance nightmare just like the Health and Fitness Center. Worse, it’s not why we pay taxes to support WCC. Whether or not Washtenaw County wants or needs a convention center isn’t a question WCC needs to answer.

Published in Board of Trustees, Health and Fitness Center, Millage, News and WCC Budget