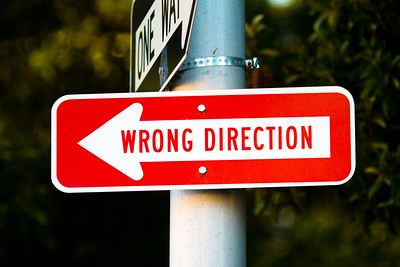 The Washtenaw Voice recently ran an article regarding WCC’s millage proposal, which is on the March 10 ballot. If you have a moment, I suggest you read it. You can find it here . It provides a good opportunity to assess what’s wrong at WCC.

While “operating costs” may seem less than glamorous, it’s an important part of keeping the college up-and-running, said Christina Fleming, WCC board of trustees chairwoman.

WCC probably pays the electric bill using general fund money, but this is a gross understatement of how WCC uses its “operating funds.” The term “operating costs” underwrites a lot of poor spending decisions on the part of the Trustees. Using the general fund to finance private loans for capital projects is among the biggest of these bad decisions.

To be clear, WCC has the option to ask the voters for a dedicated tax to pay for capital projects. This dedicated tax gives WCC a lower interest rate on the resulting bonds and allows it to preserve its tax appropriation for what the voters agreed to – operating expenses. When the Board approves the use of private financing for capital projects, the College pays a higher interest rate, and uses “operating funds” to make loan payments. That’s wrong.

The WCC Board never even asked the voters to approve the lower-cost debts. They chose the higher interest bonds specifically to avoid the voters. That’s just wrong.

WCC diverts general fund money to spend on other things

“The community supports this facility; it supports keeping the lights on, supports paying the administrative staff to keep the facilities clean and beautiful,” Fleming said. The food service area—making sure that is maintained; the building maintenance—making sure the bricks aren’t falling on your head.”

Except that the bricks are falling on peoples’ heads. The taxpayers have provided WCC with more than adequate funds to take care of the buildings, but the Administration spends that money on other things. Instead of performing building maintenance, WCC has erected netting over the east entrance to the Morris Lawrence Building to catch the bricks that would otherwise fall on people as they enter. The College has known that water was seeping behind the building’s brick façade for years. They did nothing about it, other than note it on the annual Capital Outlay Reports. 50%-70% of WCC’s capital expenditures through FY2023 will correct building neglect. WCC neglects building maintenance (a legitimate operating expense) so it can spend the money on other things – like debt service. That’s just wrong.

With regard to keeping the facilities “clean and beautiful,” the administrative staff does not clean the buildings. The Custodial and Maintenance staff do. According to information supplied by WCC as part of a FOIA request, the College currently has more than 20 vacant custodial and maintenance positions that it has deliberately left open. If the administrative staff is now cleaning the buildings, it’s only because the size of the custodial staff has declined by nearly 11% since Rose Bellanca arrived on campus. That’s just wrong.

Tax support will not keep the tuition low

Tax support helps keep tuition rates down for students, said WCC Trustee Dave DeVarti. “These millages—which are generously supported by taxpayers—are vital to us keeping our tuition rates down and continuing to make access to post-secondary education accessible to people throughout the community, no matter what their economic needs are,” DeVarti said.

It’s critical to understand the significance of this statement.

At the March 12, 2019 Board of Trustees retreat, during a discussion regarding the prospect of “free college,” the following exchange took place between Rose Bellanca and David DeVarti.

Except that WCC is not holding the line on tuition and fees. The College plans to institute a $10-per-credit-hour “facilities fee” beginning in Fall 2020. The Board has already authorized the sale of bonds to private investors to pay for the Advanced Transportation Center.

The basic disconnection between the Board and the voters

The rest of the article focuses on the IT outsourcing. The administration and the Board believe that the community doesn’t have a problem with them signing off on a $26M no-bid contract. Most people I’ve spoken to have a major problem with that.

Overseeing the public’s money is a matter of trust. When the Board makes careless spending decisions; misrepresents why and how they’re spending money; routinely and deliberately over-spends when there are less expensive alternatives available; and squeezes money for debt payments out of people who have little to begin with, they violate the public trust.

That’s just wrong, and I doubt that most people in this community are OK with that.