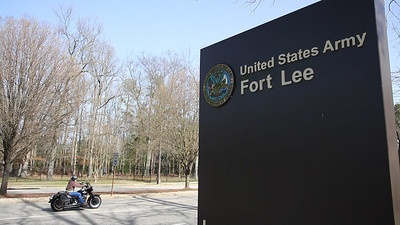 Trustees around the country are reconsidering their approach to naming buildings, reconsidering honors they’ve already approved. Trustees sometimes name buildings to honor important individuals in the organization’s history. In other cases, they recognize donors or historical figures.

Last week, the trustees at the UNC at Chapel Hill voted 11-2 to lift a 2015 moratorium on changing building names. At that time, the board wanted to restrict options for changing the names of buildings that honored Confederate figures. Many of UNC’s buildings bear the names of persons with connections to the Confederacy, racist social organizations and people whose “…beliefs, actions and connections … do not align with what the University of North Carolina at Chapel Hill stands for today.”

In neighboring South Carolina, the regents of the University of South Carolina are seeking permission to rename a women’s dormitory. It currently bears the name of a doctor who tested experimental surgical techniques on female slaves without using anesthesia. The University is not free to simply rename the building. Instead, it must appeal to the state legislature. The legislature must approve the request with a two-thirds majority.

In addition to renaming the women’s dorm, the University may also seek permission to remove Strom Thurmond’s name from a campus fitness center. Thurmond, who served in the United States Senate for 48 years, was a well-known opponent of civil rights reform and a proponent of segregation.

While the federal government ponders renaming 10 military facilities currently named after Confederate generals, Bryan College in Dayton, TN, will be naming its library building after the College’s outgoing president. Bryan College trustees cited the president’s contributions to the school as a factor in their desire to honor him.

Building names should be thought out carefully

Granted, there’s a big difference between a Confederate general and an outgoing college president. Traditionally however, trustees named campus buildings memorially for individuals who had made meaningful contributions to the institution. Lately, as Bryan College demonstrates, the trend has been to use a building name as a “goodbye gift” to an outgoing administrator.

As the UNC and USC experiences demonstrate, building names matter. A name granted in memoriam can consider the individual’s contributions in the context of his or her other actions. This isn’t possible when trustees use building names as a parting gift. Many universities have discovered – too late – that naming things after a living donor or administrator is risky. South Carolina named a highway after a former lieutenant governor. At the time of the naming, the state could not have known that its beloved LG would eventually be convicted of securities fraud.

Likewise, had Ohio University been more patient in naming its athletic facility, it probably would not have honored Rep. Bob Ney, who later pleaded guilty to corruption charges. Nearly four dozen structures in West Virginia bear the name of Senator Robert Byrd, who – as a young man – spent some time as the Grand Wizard of a local chapter of the Ku Klux Klan.

Of course, the simple solution here is to avoid naming buildings after living people. Wanting to honor a donor, contributor, administrator, or long-term employee is natural. But trustees should never dole out building names without the benefit of a healthy dose of retrospect.