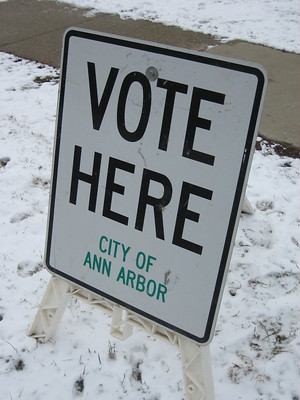 The Risk Of Going To Washtenaw County Voters

The following clip (transcript) comes from the Board of Trustees Retreat on March 19, 2019. It features a discussion of about 9 minutes – primarily between David DeVarti and Richard Landau about the relative merits of going to Washtenaw County voters. This is not the entire discussion. If you are still not sure what to make of the issues here, this is a good discussion to watch.

David DeVarti has a relatively long political history in Ann Arbor. He knows what the voters there will and won’t support. It’s important to note that he is not afraid to ask the voters for money. For what it’s worth, I also don’t believe the voters would turn down a bond issue for capital projects at WCC. (Under the current administration, I think that would be a poor idea, but that’s another discussion.)

Richard Landau is clearly afraid of the voters. He offers a litany of reasons – none of which are realistic – about why going to the voters is either A.) unnecessary or B.) a Bad Idea. My favorite:

“Yeah, my concern, Dave – and I get your philosophical issue here, but you know, um, you will recall that – um – there have been some unfortunate – um – campaigns against tax increases in this County – um – losing ones – in the past 10 years -um- and my concern would be if somebody leverages on what Bill just said, which is Washtenaw County arguably is already disproportionately subsidizing WCC compared to some of its neighboring counties.

Some unfortunate campaigns against tax increases?

Of the remaining 14 proposals, 9 rejections dated to 2012 or earlier, when people were still recovering from the Great Recession. Since 2014, there have been 5 tax-related proposal losses in all of Washtenaw County. There’s one issue that I have to count as tax-related, and it was voted down, but the question was whether or not Freedom Township voters wanted to withdraw from the Manchester District Library. (They did not.) I assume that this was not one of the “unfortunate campaign against tax increases” Richard Landau was referring to.

That leaves only four instances where menacing voters posed an actual threat to some poor tax increase in the last five years. They are:

The City of Ypsilanti proposal to pay the Water Street debt was eventually passed by the voters there. I confess that I don’t actually recall well-organized opposition campaigns to the rest of these ill-fated proposals.

So, I’m still not sure what “unfortunate campaigns against tax increases” Richard Landau is talking about. Unless he’s referring to Ann Arbor’s public art proposal, or the AADL request for funds to build a new building. Ann Arbor voters rejected both of those in 2012. It’s possibly a little tone-deaf to ask for money for public art AND $65M to build a new library at the tail-end of a recession.

Having looked at the past decades’ election results, I’m pretty comfortable saying that there’s really no reason to avoid Washtenaw County voters. Unless, of course, you’re doing something you shouldn’t be doing. Like Water Street. Or funding public art and building a new library when people are losing their homes to foreclosure. Maybe you’re asking people to fund buildings you (and they) don’t need. Or worse, you’re NOT asking them before shoving capital debts down their throats.

In Mr. Landau’s view, it’s ok to take money away from instruction and facilities at WCC because the tax dollars are rolling in. WCC can afford plenty of debt. At the same time, WCC should shake the students down for a couple hundred extra bucks per year to pay for WCC’s loans. After all, the public won’t complain, and where else are the students going to go?

Published in Board of Trustees, Millage and WCC Watch