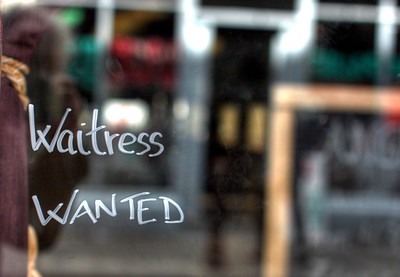 Strategy for dealing with full employment

Right now, one debate among the various Federal Reserves is how close the US is to full employment. Some economists believe that the US is approaching the practical definition of full employment, while others believe we still have a substantial way to go.

A lot depends upon how you define full employment. The Bureau of Labor Statistics (BLS) uses the broadest possible definition of employment. A person is employed if they have a job. It does not matter whether the job is full or part-time, salaried or hourly, permanent or temporary. It does not matter to the BLS whether a job gets a person close to a living wage. If a person works at least one hour for pay during the study period, that person is considered employed.

So, fine-tuning the definition of employment will produce wildly different analyses of the employment picture in the US. For example, only about half of all working-age adults in the US log 40 paid hours of employment per week. From that perspective, the labor market has a lot of untapped potential. That position – that “employment” should represent a 40-hour work week, is probably just as radical as the BLS’s de minimus 1-hour definition. Some fraction of those “underemployed” adults may be retired, full-time students, stay-at-home parents or disabled. Those individuals have little incentive to enter the full-time work-force.

But there is a percentage of adults in the workforce who make up the truly underemployed workforce. Underemployed people either work fewer hours than they want/need to or earn less than they can earn. They may supplement their earnings by working multiple jobs. Community colleges can positively impact these workers by maximizing their earning potential at one job.

The phenomenon of holding multiple jobs has captured the interest of the US Census Bureau. According to Census data, over the past two decades the number of workers holding at least two jobs has averaged 7.2%. Between 1996 and 2018, the number of workers with more than one job increased from 6.8% to 7.8%. Census data also show this number rises and falls with the economic cycle. During periods of economic expansion, the rate of multiply employed persons rises. During recessions, the number of people with multiple jobs decreases. In short, multiple employment is one way to determine whether the economy is growing or shrinking. Women are more likely than men to hold at least two jobs.

Holding multiple jobs is inefficient. Paradoxically, workers with two or more jobs earn almost 14% less than workers who are fully employed in one position. These workers are most likely to be employed in health care, hospitality and food service, retail or clerical positions. Additionally, multiple earners are less likely to receive benefits from their employers.

Washtenaw Community College could potentially increase its enrollment by recruiting workers who stitch together multiple jobs to earn a living. But WCC will need a strategy to manage full employment, because it appears to be on the horizon.