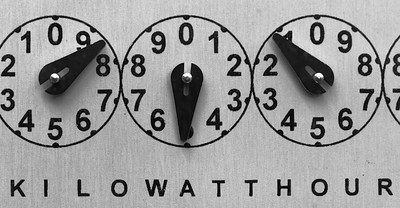 Shining a light on building maintenance

Although the campus is only now in the early stages of re-opening for certain classes, lots of repair and maintenance projects have been going on during the shutdown. Building maintenance is a great way to spend time and money. For example, WCC will be repairing the falling bricks over the east entryway to the Morris Lawrence Building. It will be nice to walk into the building without looking up. (Now that they’ve leveled the concrete in the entryway, you don’t have to look down, either.)

I noted two interesting items on the Neglect List. One is a “$75,000” lighting replacement project for the HFC Natatorium. (Actual cost: $26,800.) Lighting replacement is one easy way to reduce electricity costs. This is especially true if you’re moving from incandescent, halogen or fluorescent lighting to LED lighting. It’s usually a low-cost, high-reward project that can pay for itself in a relatively short timeframe. So far, so good.

The other interesting item on the Neglect List was the FEB Lighting Replacement Project. It caught my attention because it’s been deferred.

The FEB Lighting Replacement Project first hit the Neglect List in September 2018. At that time, it was also a “$75,000” project. But it was deferred.

The project involves replacing non-LED fixtures with LED ones. It’s the same kind of project that the College has contracted a firm to complete for the HFC.

I mean, it’s not as though WCC spends more money per cubic foot on utilities than any other community college in the State of Michigan. Oh, wait…

In the three years that the project has regularly been deferred, how much additional money has the College wasted on lighting costs at the FEB by retaining the old lighting fixtures? Never mind. It doesn’t matter; the taxpayers are paying for it.

Where the hell is the Board of Trustees? And why aren’t they asking these questions? How many years in a row does a money-saving project have to be deferred before a Trustee bothers to ask about it? Especially when the College is laying people off and cutting academic programs to cut costs?!

Imagine what the campus would be like if this Administration took care of every building the same way it attends to the HFC. What exactly does it take to get the Administration to take care of the buildings on campus in an equitable way?

(Besides Trustees who are paying attention.)