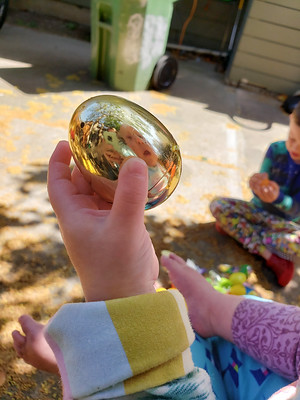 Typically, community colleges aren’t in the business of real estate development, but the current WCC administration plans to go all-in. Previously, I have posted about the College’s plan to build a hotel and conference center. I have also written about WCC’s financially disastrous experience with the Health and Fitness Center.

The current College administration and its Board of Trustees intend to build a hotel, convention and retail developments on WCC’s campus. Like the Health and Fitness Center, WCC will build and maintain the buildings, and have a hotelier and retailers operate them.

This strategy – in operation at WCC’s Health and Fitness Center – has been an expensive and unrelenting failure. In 2019 and 2020 alone, the College will spend $2M to make major repairs to the HFC. Both shoddy initial construction and deliberate over-subscription of the facilities led to the need for these staggering repairs.

Over-subscription, which WCC uses to stay ahead of the building’s bond debt, is deteriorating the building much faster than expected. Whatever revenue WCC makes on user fees, it loses on building maintenance and repair. According to the original plan, the HFC was supposed to “pay for itself.” In the 12 years it has been open, it hasn’t ever done that, so the taxpayers pay for it instead.

If the Health and Fitness Center is a maintenance problem, a hotel is decidedly worse. HFC’s condition stems from WCC’s habit of deferring maintenance on its buildings. In 2019, the College reports that it has about $20M in deferred maintenance projects either just completed, in progress or planned.

When a high occupancy rate is critical to a hotel’s operation, the building cannot tolerate any deferred maintenance. At the same time, this strategy will repeat WCC’s experience with the Health and Fitness Center. To make the numbers work, the operator must maintain high occupancy, but high occupancy will substantially increase WCC’s maintenance costs.

Taxpayers might be wondering why the College administration would even consider real estate development. According to WCC President Rose Bellanca, the College must refocus its resources on new revenue generation strategies because a developing population bust will threaten WCC’s operating revenues.

According to her, Schoolcraft College and Macomb Community College (MCC) use this approach to create “alternative revenue streams.” Taxpayers should reject this argument, and here’s why.

First, let’s tackle the looming population bust. Washtenaw County is the 6th largest county by population in Michigan. It has shown a positive population growth rate in every decennial census since 1840, except one (1910).

According to SEMCOG, Washtenaw County will add 10,000 permanent residents between 2017 and 2022. Right now, its year-over-year population growth is the highest in the State of Michigan. This does not sound like a county in trouble, does it?

Fourth, recessions – which are largely unpredictable – tend to have a highly positive impact on community college enrollments. Between 1945 and 2001, the US economy expanded and contracted 10 times. On average, it completed a full recession/recovery cycle once every 5.6 years, with the average recession lasting about 1.5 years. Over the period of 20 years, WCC can typically expect to benefit from 2-3 recessions.

The need for more revenue

Since President Bellanca used MCC and Schoolcraft College as examples, let’s compare their millage rates to WCC’s. The tax data come from the 2018 apportionment reports for Macomb, Wayne and Washtenaw Counties. The enrollment data is from Fall 2018 and comes from the Michigan Community College Network.

I grew up watching Sesame Street, and frankly, one of these things is not like the others. WCC has a goose that’s laying golden eggs.

WCC’s millage rate is a combination of millages Washtenaw County voters have approved. Voters in the MCC and Schoolcraft College districts have not approved additional millage support. This may be the reason they developed alternative revenue streams.

Second, as mentioned earlier, WCC gets contrarian benefits from recessions. The proposed alternate revenue streams won’t produce those same contrarian benefits. Instead, they will act as an economic drag, and may even jeopardize WCC’s built-in ability to thrive in tough economic times.

Who is the College for?

The combination of factors like tax collections, enrollment and recessions all have a major impact on a community college’s revenue. WCC gets much more tax revenue than the community colleges that have turned to real estate development to generate revenue.

Washtenaw County taxpayers have been very generous in supporting WCC because they place a high value on education. The value they place on real estate development remains to be seen.

Shifting its mission from education to real estate development also sounds like a very good way for WCC to kill its golden goose. Once that is gone, it will be gone for good. After all, if WCC successfully demonstrates that it can fund itself on alternate revenue streams, it no longer needs taxpayer support.

The strategy also begs the question: who is this strategy for? If, as the administration claims, the coming population bust will decimate WCC’s enrollment, then the College no longer needs to be as large as it is.

Does the administration feel that it needs to maintain half-empty buildings until the population somehow recovers?
Does it need to plow more cash into the Health and Fitness Center?
With a declining student population, does WCC still need more administrators?
Is this how the administration plans to pay off the $26M no-bid contract with Ellucian?

WCC can best address its future – come what may – by focusing on the mission the taxpayers gave it in 1966: education.