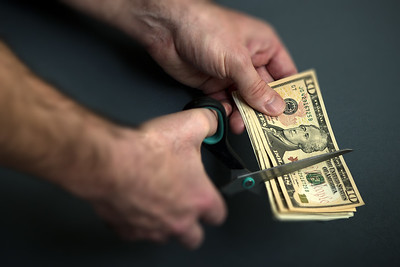 Questions loom about community college funding for next year

State legislators are working to cover a $2.2 billion COVID-19 related budget hole. $712M will go to the School Aid Fund. Michigan’s public universities and colleges will see $200M of that. That will allow the State to make good on community college funding for the current fiscal year.

Michigan’s two-year institutions anticipate double-digit cuts to community college funding next year. Last month, Muskegon Community College announced that it would use a combination of budget cuts, furloughs, pay freezes and early retirement incentives to its faculty and staff. Those efforts were expected to save MCC about $1.5M. That still leaves an anticipated deficit of $2.5M for the next fiscal year.

Lansing Community College will use employee furloughs, athletic cuts, and elimination of professional development funds. It will also cut services and supplies by nearly $2.5M and eliminate its student-run radio and television stations. Other cuts include reducing student employment; deferring planned IT infrastructure upgrades; postponing planned renovations and deferring planned maintenance. Although trustees there passed the budget for next year, they acknowledge that they may have to revise it again.

WCC has also trimmed its budget to make up for expected losses in community college funding. One area the current administration has not chosen to address is the executive bloat. The Board’s reliance on the General Fund to pay loan debts, and the unrestricted hiring of executives has produced a structural debt. The administration must also increase IT infrastructure spending to fulfill the terms of the Ellucian contract.

Published in Administrative growth, Board of Trustees, WCC Budget and WCC Watch